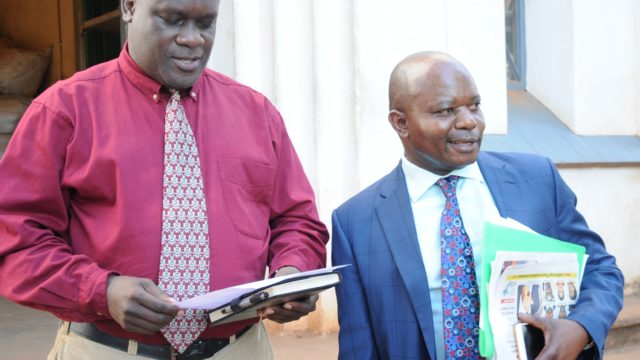 In an email to staff from NMG Uganda’s managing director, Tony Glencross, said the Group intends to “radically change our business model for all our media platforms from traditional advertising to content-driven revenue”.
At the end of the painful exercise, 41 staff, 15 from NTV Uganda and 26 from Daily monitor were sent home.
The axe has not spare the Group Human Resource manager, Moses Ssesanga.


It adds: While purporting to restructure the company, sometime in March/ April, without genuine reasons and without going through a full and a fair consultation process with the complainants jointly or severally before making a final decision about their redundancy.
‘’ In particular, the employer, unjustifiably concealed the criteria it purportedly followed in reaching the decision to abolish some positions while retaining others In the same organizational structure and In selecting the same complainants as the unfit employees who had to be laid off for redundancy or other concealed reasons’’ the sacked employees noted.
The 12 former employees claim Monitor Publications, did not pay them their due compensation for unfair dismissal, severance allowance and other accrued terminal benefits
Through their lawyer, Isaac Ssemakadde of the Centre for Legal Aid, the discontented former staff are asking the KCCA labour office to ‘’ carry out an inquiry into their matters and issue appropriate orders to ensure that each complaint is made whole’’

In the letter dated 10th May 20201, the KCCA Labour office wrote to Monitor Publication CEO asking him to pay attention to the issues raised by his former staff

‘’ If you can settle this matter to the satisfaction of the complainants without reference to me. Please do so otherwise, I shall be glad if you let me have your comment on the issues latest 24th May 2021’’ Mr. Machael Baruch, the KCCA labour officer wrote