Home Politics Chameleon writes to Museveni over Bobi Wine: ‘‘Dialogue is the answer’’ 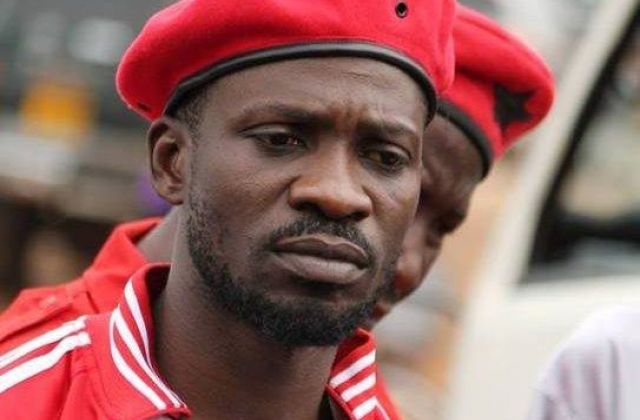 Musician Joseph Mayanja popularly known as Jose Chameleon has written to president Museveni over the arrest colleague Robert Kyagulany aka Bobi Wine.
‘‘Your excellency, your son Bobi Wine, could have gone wrong in his executing of some of his ideologies. ….. As head of State and forefather, it’s a great one too to lead us with example of forgiveness and reconciliation as that is one of the prime problems that have hindered our society. We are so unforgiving.’’ Chameleon wrote adding that ‘‘Dialogue is the answer ‘’


Police have charged Bobi Wine, with treason and causing malicious damage to a car belonging to the President’s convoy. This was revealed on Wednesday by West Nile region police spokesperson, Ms Josephine Angucia, as police displayed guns and other items they claimed were recovered during a security search at Pacific Hotel in Arua Town where Bobi Wine and other opposition MPs had booked in during the campaigns for Arua Municipality parliamentary by-election.

However, the management of the Hotel refuted the police claims “These people should be ashamed of telling lies…… If they got the guns from somewhere, they should tell the public instead of blaming our hotel,” said Luiji Candia, the owner of Pacific Hotel

Letter to His Excellency President of the republic of Uganda.
Dear President,
Seeking appointment or going through protocol will not deliver my urgent letter to you.
Right now I hope we all rather can let it be a temporary political mishap per what happened in the district of Arua on Monday.


Unfortunately it left your car Vandalized, Many of us inconvenienced – A soul lost, And another Ugandan, brother, Friend, Fellow singer Honourable as appointed by Kyadondo east-Robert Kyagulanyi alias Bobi Wine and many counterparts in an unfortunate situation.
Honourable Kyagulanyi has always collaborated with me and all of us society to free Uganda from
Foreign sounds, Sell our culture beyond borders through our capital ability – Music.

Bobi Wine has over time exhibited his leadership admiration. Just Like any young ambitious man, he has treaded a path of aggressiveness.


Your excellency, Our brother, Your son Bobi Wine could have gone wrong on execution of some of his ideologies. That’s a challenge.
As head of state and forefather, It’s a great one too to lead us in example of forgiveness and reconciliation as that is one of the prime problems that have hindered our society. We are so unforgiving.


I as a son of this nation on behalf of the slogan. “For God and my Country” With all honour beg you the President to symbolize forgiveness in such a time. We can all wrong but better the forgiver. Mr President, You are a Father, Parent and always forgiving one. We shall all remain calm and be hopeful that the coming developments will see us all live harmoniously and have a peaceful country henceforth.
JOHN: 8:7
Dialogue is the answer
For God and my country