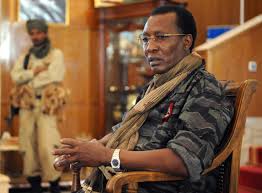 President Idriss Deby is set to govern Chad until 2033 if a recommendation made by his party is approved, news agency Reuters reports.
A report issued by allied politicians, business leaders and traditional chiefs has proposed a presidential term limit for the country’s leaders from 2021.


The proposed changes include a six-year rather than five-year presidential term, limited to a maximum of two terms.
Mr Deby, who came to power in 1990, will be 81 by the time his final terms ends.

The opposition has dismissed the proposed changes as a plot to create a monarchy.
Chad, an ally of Western nations in the fight against Islamist militants in West and Central Africa, has faced strikes and protests in recent months over economic woes caused by low prices for its chief export, oil.