Home Politics Chad: President Idriss Déby is killed in battle, after ruling for 30... 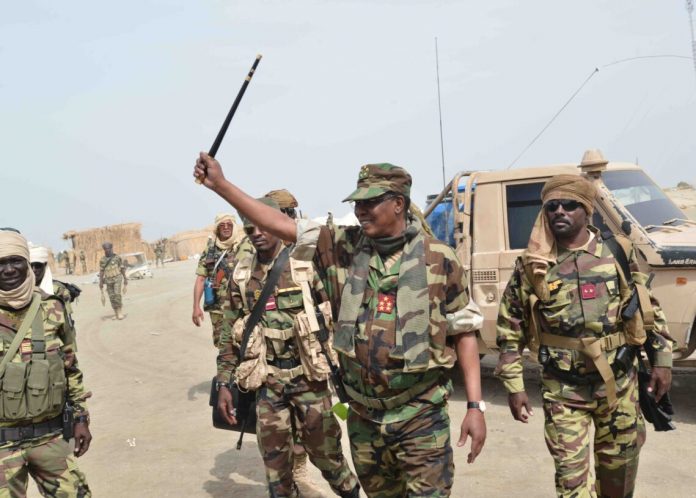 Chad’s President Idriss Deby, 68, spent more than three decades in power and was one of Africa’s longest-serving leaders and was an important Western ally has died of his injuries following clashes with rebels in the north of the country at the weekend, the army has said.
The announcement came a day after provisional election results projected he would win a sixth term in office.
The government and parliament have been dissolved. A curfew has also been imposed and the borders have been shut.
His son, Mahamat Idriss Deby Itmo, was named interim president by a transitional council of military officers, army spokesman Azem Bermendao Agouna said on state television.


On the domestic front, the military is divided and the opposition bridling against years of repressive rule.
France said that it had lost “brave friend” and Chad “a great soldier”.
Deby – who often joined soldiers on the battlefront in his military fatigues – visited troops on the frontline on Monday after rebels based across the northern frontier in Libya advanced hundreds of km (miles) south toward the capital N’Djamena.
“Marshal Idriss Deby Itno, as he did each time that the institutions of the republic were gravely threatened, took control of operations during the heroic combat led against the terrorists from Libya. He was wounded during the fighting and died once repatriated to N’Djamena,” Bermendao said.

The government and National Assembly have been dissolved and a nationwide curfew imposed from 6 p.m. to 5 a.m.
“The National Council of Transition reassures the Chadian people that all measures have been taken to guarantee peace, security and the republican order,” Bermendao said.
The military council said it would lead a transition for a period of 18 months leading to free and fair elections.
Deby had pushed through a new constitution in 2018 that would have allowed him to stay in power until 2033. He said before last week’s election: “I know in advance that I will win, as I have done for the last 30 years.”


A Reuters reporter in N’Djamena said people were in a panic as news of his death spread, fearing that fighting could break out in the city. Many were fleeing to the outskirts and roads were jammed with traffic.