It may be possible to treat paracetamol overdose in the future using microRNAs to silence transcription of genes that lead to the production of toxic metabolites. This is according to a proof-of-concept study carried out using stem cell models by researchers at the Medical Research Council (MRC) Centre.
The study found that liver cells grown from stem cells acted as a good model for analysing drug toxicity in the human liver.

An overdose of paracetamol can cause acute liver failure, which can be life-threatening or require a liver transplant. In 2014, there were 200 deaths from paracetamol overdose in the UK, and in a lot of cases overdose can occur accidentally.

An overdose of paracetamol results in the liver becoming overloaded and is metabolised in different way than when paracetamol is present in safe concentrations. The toxic product of this overdose metabolism pathway is N-acetyl-p-benzoquinoneimine.

This product results in depletion of stores of the liver’s natural anti-oxidant – glutathione. This depletion results in death of hepatocytes, the major metabolic cell type of the liver and can lead to liver failure. The current standard treatment for paracetamol overdose is administration of N-acetylcysteine (NAC), which can cause anaphylactoid reactions and nausea.

MicroRNAs are non-coding RNAs that control when a gene is turned on and off and influence metabolic pathways. The researchers grew batches of hepatocytes from an established and renewable source of stem cells. These hepatocytes were exposed to paracetamol and serum samples from liver failure patients in a bid to identify microRNAs that reduce the toxic effect of paracetamol on the liver and depletion of glutathione.

The microRNA that was identified – antagomir 324 – was found to improve cell survival by inhibiting the action of another microRNA (mir-324-5p) in the hepatocytes grown from stem cells, which in turn resulted in an increase of the enzyme SULT2A1. This led to increased levels of glutathione.

The results of these experiments not only signify a potential future treatment for paracetamol overdose but also show that stem cell derived liver cells can act as a good model of drug toxicity in the liver.

Armed with these results, the researchers were keen to investigate the effect of antagomir 324 on blood plasma taken from three patients poisoned by paracetamol. The toxicity of plasma from two patients was reduced after exposure to antagomir 324. Increased cell survival was seen and researchers suggest the cells were dying in a different way, reducing the subsequent toxic effects on surrounding tissue.

Further work is needed in the future to validate these studies using established pre-clinical models of liver failure. Lead researcher, Dr David Hay, said: “We believe that these studies represent an important advance for regenerative medicine, demonstrating the power of stem cell derived systems to model human biology ‘in a dish’ and identify new microRNAs which could be translated to the clinic in the future.”

Paul Colville-Nash, programme manager for regenerative medicine at MRC, said: “The results of these studies offer us great insight into how drug toxicity could be reversed by targeting control pathways to boost cell defences. The study shows how high quality stem cell derived models can open up new opportunities to understand and treat potentially devastating health conditions.”

Related: The psychological factors that are stronger predictors of how long we’ll live. 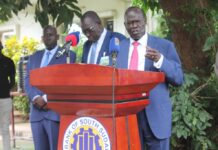