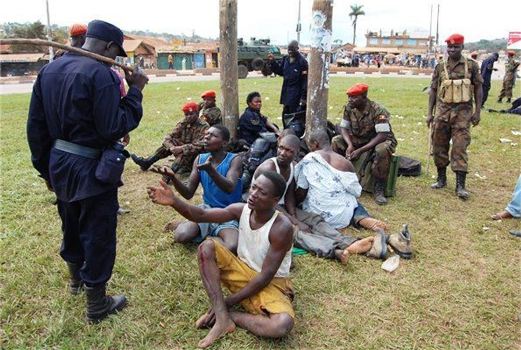 The presenter and sports pundit was airing commentary before he was surrounded by the notorious Kifeesi Crew. They robbed him of all his valuables.

The flopped event which had started with calm was hit by the Kifeesi Criminal gang who resorted to their usual notorious actions, grabbing phones and beating up whoever they felt like in and outside the stadium.

Chaos ensued when the criminal gang rounded up a police officer, beat him into coma. That is when the bullets started to rain on the stadium.

The situation was later saved when the police swung in huge numbers together with the Crime Preventers who engaged in running battles with Kifeesi.

The police officer who led the operation declined to give an explanation, but Newz Post understands that a dozen where Kifeesi Crew members were arrested as hundreds of phones and handbags went missing

Could this be the end of the Kyepukulu? Who will risk going back to Nambole next time? 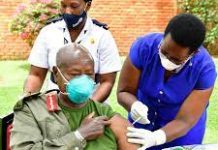