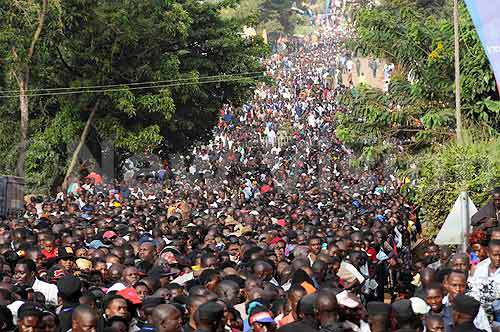 The statistical information, which refers to the year 2014, shows the dynamics of the Catholic Church in the 2,998 ecclesiastical circumscriptions around the globe.

In 2014 the total of baptised Catholics was distributed by continent as follows: Africa (17 per cent), America (48 per cent, remaining the continent with the greatest number of Catholics), Asia (10.9 per cent), Europe (22.6 per cent) and Oceania (0.8 per cent).

However, considering the entire nine-year period, clear territorial differences may be observed. Africa, Asia and Oceania demonstrate a lively evolutionary dynamic, with a growth rate of 21, 14 and 7.2 per cent respectively, while in Europe a decline of 17.5 per cent may be seen and in America, especially due to a negative tendency in the southern region, there is a decrease of 7.9 per cent.