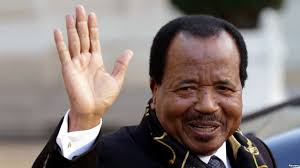 In Cameroon, the election for president in October will take place against the background of a crisis that could break up the country.
English-speaking Cameroon — to the Northwest and Southwest — threatens to break away to form the Republic of Ambazonia protesting decades of exclusion. The crisis runs deep.


Cameroon, a Germany colony before the First World War, was split into two mandate territories and given to France and Britain after the defeat of Germany. The mandataries soon moulded the country to their different cultures, producing French-speaking and English-speaking regions.
In 1961 one part of English-speaking Cameroon joined Nigeria. The other part agreed terms for a federation with French-speakers under a hurriedly drafted independence constitution. In 1972, president Amadou Ahidjo, in total disregard of the terms agreed in 1961, unilaterally abrogated the federation.

Since then, the Anglophone grievances have grown and festered. At the national level, the government is no longer committed to biculturalism.
Examinations are usually set by the French part of the education system, to the detriment of the Anglophones. The rights of western Cameroon have been eviscerated. Senior government officials are drawn mainly from French speaking areas.


When the crisis first broke out, the Anglophones tried to force issues by protests, boycotts and strikes. However, the government’s brutal response radicalised even moderates.
President Paul Biya initiated half-hearted talks in 2016 and then undermined them by detaining and exiling the English-speaking leadership.
In 2017 a separatist group declared the breakaway Republic of Ambazonia. The International Crisis Group notes in a 2017 report, “Cameroon’s Anglophone Crisis: Dialogue Remains the Only Viable Solution,” that though not everyone wants secession, the separatists now have the upper hand.


President Biya’s tokenist solutions — creating a common law department at the Supreme Court and promising to decentralise power under the terms of the 1996 constitution — incense everyone.
Thousands have fled to Nigeria creating a refugee problem. That — and Boko Haram’s sporadic incursions into Cameroon — has shrunk the space for a credible election.
Whether the election will be peaceful depends on the Ambazonia crisis abating. President Biya, 84 this year, recently said that it already has, a clear delusion.


The silver lining is that Biya’s main opponent, so far, is Akere Muna, a lawyer from the Anglophone region. Muna, a former vice-chair of Transparency International and president of the Cameroon Bar Association, could douse the separatist flames. That, however, depends on the opposition — especially French-speaking candidates — rallying behind him.


The Ambazonia crisis has ramifications beyond Cameroon. Separatist groups have become increasingly visible — among the Catalans in Spain, the Kurds in Iraq and Turkey, the Scots in the United Kingdom and, surprisingly, the Igbos in Biafra. Secession in Cameroon would recharge separatists elsewhere.
All in all, Cameroon is headed into a difficult election and an even longer political crisis thereafter.
////The East African