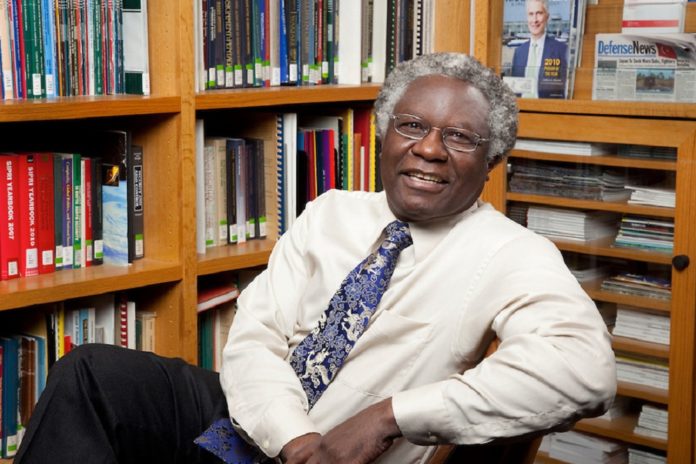 
US-based Kenyan scholar Calestous Juma, who was in June named as one of the most reputable people in the world, is dead.
Prof Juma, who until his death was teaching at Harvard University, was the only Kenyan to be listed in the inaugural list of “2017 Most Reputable People on Earth”.


The list compiled by South African consulting company Reputation Polls has 100 individuals who have “amassed high reputation for themselves through the works they have been engaged in”.
Prof Juma died while undergoing treatment in Boston, Massachusetts. His Kenyan lawyer told Nation that the scholar had been unwell for some time.


“Prof has been unwell for the past two years and today we received the sad news of his passing. Any more details will come from his family,” lawyer Peter Wanyama said.
According to Mr Wanyama, Prof Juma’s mother was buried just two weeks ago, but because of his sickness, he was not able to attend the funeral.
“He had, however, told me that he was planning to travel to the country in the early part of next year. Unfortunately, that will not be possible,” Mr Wanyama said.


Intellectual giant
Prof Makau Mutua, another US-based scholar, said he was shocked and “deeply saddened to hear of the passing of Prof Calestous Juma, an African intellectual giant.”
“He was a towering scholar and a great human being. The best of the best. Unbelievable.”
Prof Juma was one of the most sought after experts in the field of application of science, technology and innovation to sustainable development in developing and developed countries.


A public intellectual, he was very prolific in social media, frequently sharing his writings on Twitter.
In the June list of fame, Prof Juma featured alongside luminaries such as Bill Gates, Barack and Michelle Obama and the Pope.
It was not the first time that Prof Juma was being picked for honours.
Most influential 100 Africans
In 2012, 2013 and 2014 he had been listed among the most influential 100 Africans by the New African magazine.
The scholar began his career as a science teacher in Mombasa between 1974 and 1978 before becoming the first science and environment journalist for Daily Nation between 1978 and 1979.


He later started his own magazine, Ecoforum.
It was during his brief stint at the Nation that environmental issues were prominently covered by Kenyan media.
He later worked as an editor and researcher at the Environment Liaison Centre in Nairobi between 1979 and 1982.


The scientist, who attained a teacher’s certificate from Egoji Teacher’s College in 1974, also held a PhD in Science Policy Research from the University of Sussex.
At the time of his dearth he was teaching graduate courses on science, technology and development policy and biotechnology at Harvard University.