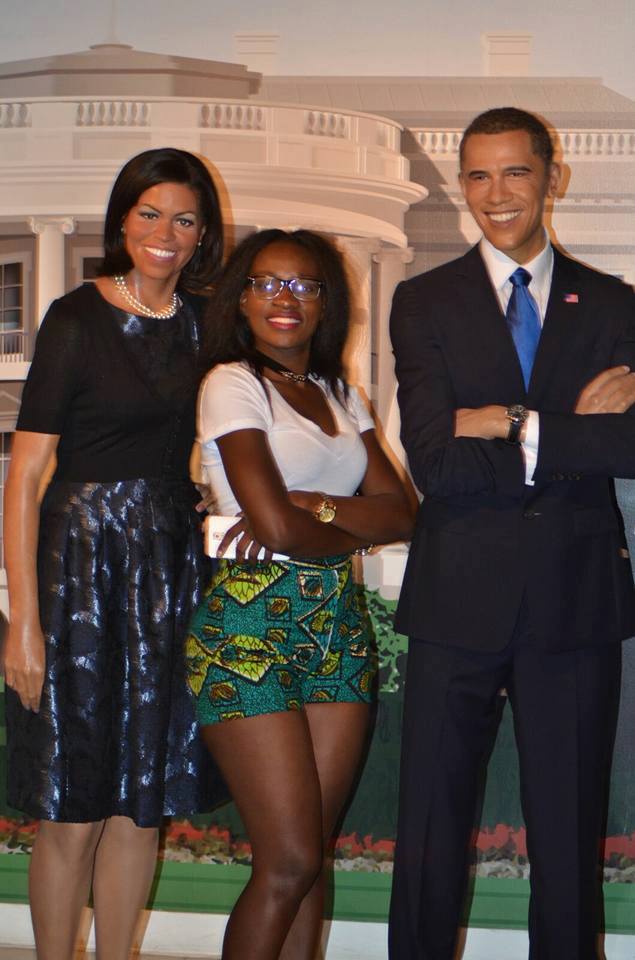 Celebrated television personality and a presenter at Bukedde tv,  Fifie Da queen alias Fiona Nabitengero is no stranger to controversy.

Nabitengero shocked the nation after forgetting what took her to the USA. She resorted to taking selfies with paintings and boutique dummies.

Fifie was awarded a fully paid trip to USA to cover the UNNA convention only to be overwhelmed by the streetlights in Boston. Sources say she took selfies with everything that came her way.

The shocker came when she tried to make her fans think that she had posed for a photo with U.S aspiring president Hillary Clinton and former president Bill Clinton. But, guess what? They were just dummies and wall paintings. 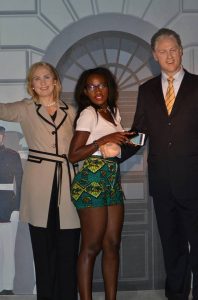 Don’t hurry to comment. Blame it on lack of education that the ‘celebrity’ is behaving like a village teenager.

Newz Post has since established that the ‘Gwassalawo’ presenter holds a diploma in Journalism and Mass Communication from the  Nakulabye based UMCAT School of Journalism. A course she undertook for three years opposed to the two years meant for diploma students. 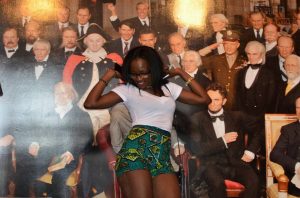