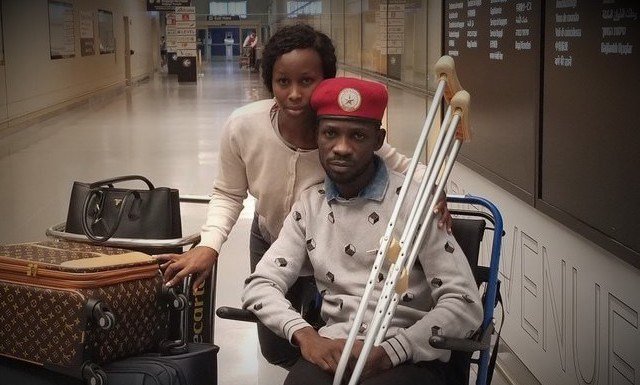 In his first comments to general media since being brutally detained and alleged torture by the the army, the Kyadondo East MP Robert Kyagulanyi Ssentamu (Bobi Wine) will appear along with his international lawyer Robert Amsterdam to brief US and international journalists on his experience, the developing situation in Uganda, and plans for the international response on Thursday, September 6 at 10:00 in Washington DC.


The Press Conference will take place at the National Press Club on Thursday, September 6, to address his current condition after suffering torture and abuse at the hands of Ugandan security officers after his August 14th arrest and the treason charges which followed.
Examining the case with Bobi will be his international lawyer Robert Amsterdam.

While detained by SFC and police, Bobi Wine says he was subjected to extreme abuse and torture. According to his own account, “they beat me, punched me, and kicked me with their boots. No part of my body was spared. They hit my eyes, mouth and nose. They hit my elbows and my knees.” By the end of this abuse, Bobi was unable to stand on his own power, with significant injuries for which he is being treated by US doctors.


Though he was eventually released on bail and allowed to travel for medical treatment, Bobi Wine still faces a treason charge that carries the death penalty. His attorney Robert Amsterdam has called for greater international pressure to protect human rights in Uganda, and specifically to single out the officials responsible for alleged abuses under the Global Magnitsky Act legislation.