Home Politics Bobi Wine: I will win fight for freedom or die trying 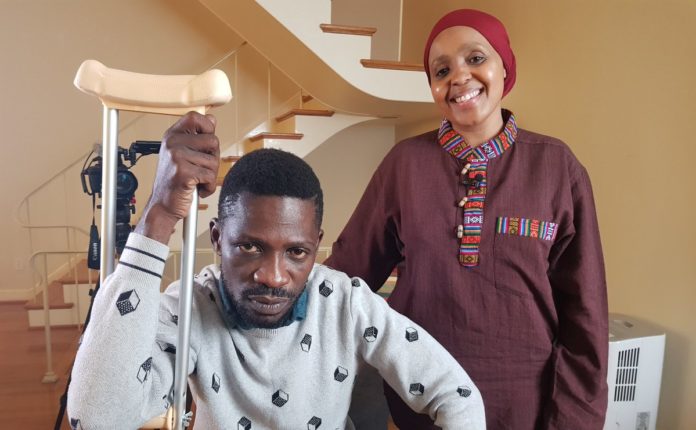 Bobi Wine has said that he is ready to fight for Ugandans till the end.
“I will continue calling upon Ugandans to stand up for what they believe in.” BobiWine spoke to BBC in the US, where he has been receiving medical treatment.


he added:I’m going to continue, most importantly calling upon Ugandans especially young people to stand up for what they believe in and never to give up, to continue pushing until they get the freedom and dignity they deserve.

Accrodding to BBC, Full interview will be aired later in the day.

"I will continue calling upon Ugandans to stand up for what they believe in."#BobiWine spoke to us in the US, where he has been receiving medical treatment. Look out for the full interview, coming later on Thursday. pic.twitter.com/CTkNO43aqb

However, Government Spokesman Ofwono Opondo described Bobi Wine is a passing cloud as time will tell. ‘ ‘He isn’t the first or only to be pampered’’ he said on Thursday.


Bobi Wine will later today hold an International Press Conference in Washington DC today together with my lawyer Robert Amsterdam. According to press release, Bobi Wine will Media houses including Al-Jazeera, BBC, CNN, ABC, Fox News, New York Times, Sun & The Guardian etc on his current health condition after suffering torture and abuse at the hands of Ugandan security officers after the August 14th arrest, the treason charges which followed