Home Lifestyle Bill and Melinda Gates File for Divorce — after 27 years of... 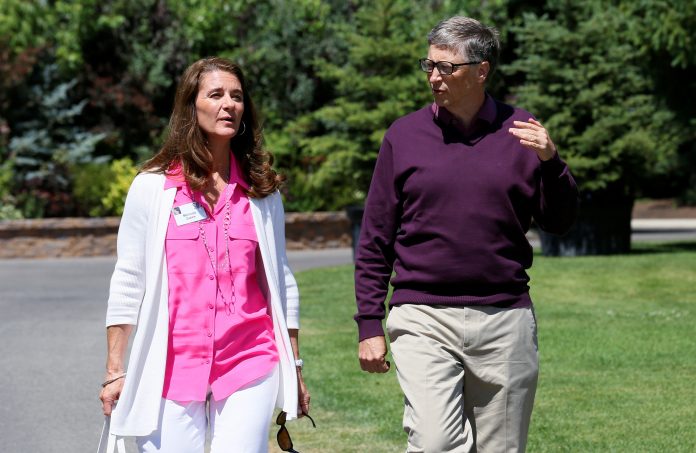 Bill and Melinda Gates have called it quits — and after 27 years of marriage, many of their shared assets may now be at stake.
On Monday, the billionaire Microsoft co-founder, 65, and the philanthropist and former general manager at Microsoft, 56, announced their separation in a joint statement on Twitter.
“After a great deal of thought and a lot of work on our relationship, we have made the decision to end our marriage,” said the former couple in part of their statement. “We no longer believe we can grow together as a couple in this next phase of our lives. We ask for space and privacy for our family as we begin to navigate this new life.”


Court documents, which were filed by Melinda on Monday and obtained by PEOPLE, confirm that the pair has a separation agreement in place, which is a contract that lays what each individual is entitled to and their responsibilities, though it is unclear how their assets will be split.
However, while this agreement is in place because Bill and Melinda’s lives have been so closely intertwined since the beginning of their relationship, splitting their assets is no simple matter.
The pair first met at then-startup Microsoft, where Bill had been working as the CEO, before tying the knot in 1994. They went on to share three adult children: son Rory John, 21, and daughters Phoebe Adele, 18, and Jennifer Katharine, 25.

In 2000, the couple launched the Bill & Melinda Gates Foundation, which is now worth over $40 billion, PEOPLE previously reported.
Despite their split, the pair confirmed in their joint statement that they “will continue our work together at the foundation” as they continue its mission of helping people around the world “lead healthy, productive lives.”
Over the years, the pair also bought multiple homes together. Their most notable property is a 66,000-square foot, waterfront mansion dubbed “Xanadu 2.0” in Medina, Washington, Business Insider reported.
Records from the King County Public Assessor’s Office state that the property was worth $130.88 million as of 2020. It appears either Bill or Melinda may be living at that home in the wake of the split, per the court docs.
More recently, the pair purchased a new $43 million home in Del Mar, California, in April 2020, according to the Los Angeles Times.


Individually, Forbes estimated that Bill is worth $130.5 billion. He is considered one of the richest people in the world, just below Tesla CEO Elon Musk and Amazon CEO and founder Jeff Bezos.
Though Bill stepped down as Microsoft chairman in 2014, he still owns 1.34% of the company, per Forbes. He also holds equity in the brand integration and advertising company, Branded Entertainment Network, and is the chairman of TerraPower, a nuclear reactor design company, according to Investopedia.
The outlet also reported that Bill has other properties in Florida and Central America, and owns a number of luxury planes and cars.


Melinda’s individual net worth has not been publicly disclosed.
According to the court documents, Melinda is not asking for spousal or child support in the divorce but requested that the court enforce their separation contract.
That private contract, which was previously agreed upon between the couple, will divide Bill and Melinda’s real property, personal property and debts and liabilities.


“This marriage is irretrievably broken,” Melinda wrote in the divorce petition. “We ask the court to dissolve our marriage and find that our marital community ended on the date stated in our separation contract.”
People