Home Politics Besigye to Museveni: How can 6m Ugandans face famine when we have... 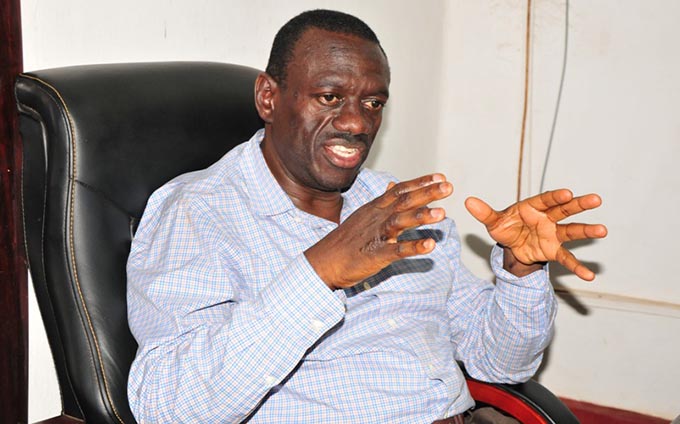 Forum for Democratic Change (FDC) strongman Dr. Kizza Besigye has accused President Museveni and NRM government of mismanaging the country’s resources. His comments come hours after Parliament passed a motion declaring a state of emergency in the districts affected by famine.


Hillary Onek, the Minister of Disaster Preparedness, told Parliament on Wednesday that the number of Ugandans affected by famine has reached 5.5 people up from 3.5 million in January 2017. The worst affected districts are: Katakwi, Amuria, Soroti and Kaberamaido
Addressing the media at his office in Nakasero on Thursday morning, Besigye said: How can drought for a year be a crisis? How can we be having drought when we have the biggest water reserve?
Besigye said that the only crisis we’ve in this country is the regime itself. He wondered how a regime of over 30 years fails to have a food reserve, not even one bag of food reserve.

The former presidential candidate noted that Instead of investing in agriculture, president Museveni and his government are busy investing in building State House and filling it with brown envelopes

The tough talking Besigye said that the NRM government has turned Ugandans into beggars. ‘ ‘ Ugandans are all the time saying ‘Tusaba Gavumenti Etuyambe’. Ugandans don’t have security of what they produce’’ He said.


Flanked by other FDC members, Besigye, explained that people in Western Uganda (Ankole) are not any better, adding that before FDC started distributing food there, six people had been buried because of hunger
“Mr Museveni eats our food, drives our cars, sleeps in our house and he still has the arrogance to say he is not our servant’’ Besigye said.


Besigye said that unfortunately the transfer of power in Uganda has never been peaceful
‘‘In this country, every leader has bombed themselves into office and has been bombed out of office’’ he said.
On the recent increased insecurity, Besigye said if Uganda had a stronger “political system in which people have authority, Police boss- Gen. IGP Kale Kayihura would have resigned.”
He called on the Inspector General of Police, Gen Kale Kayihura to voluntarily resign now that he has failed to to protect Ugandans and their property.