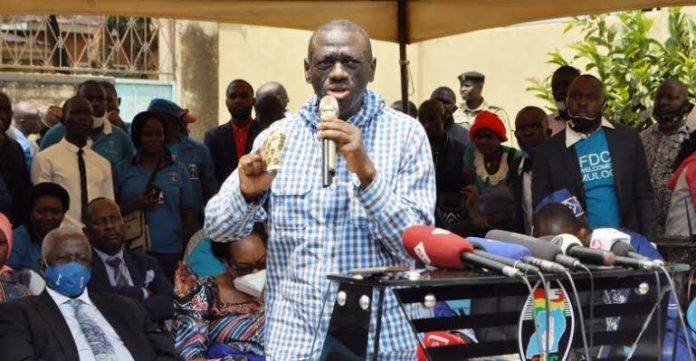 The four time presidential candidate, Dr. Kizza Besigye while speaking to Forum for Democratic Change (fdc) supporters at their headquarters in Najjanakumbi, officially said he will not offer himself for the Presidency In the 2021 elections.


Besigye arrived at FDC headquarters on Wednesday amid speculation. Angry youths blocked him from addressing the meeting, demanding that he first picks the presidential forms.
Calm was later restored and Besigye addressed the members
“Today I came to be part of you as we flag off the process of ‘Channel A’ to continue. I can tell you that I have every confidence in our leaders.” he told members

Besigye who reiterated that he won the 2016 presidential elections and should be the legitimate president of Uganda, said that he is still in the struggle and will fight President Museveni on two fronts -Channel A and Channel B.


According to Besigye, Channel A is the rightful and legitimate party process of fronting a presidential candidate in the 2021 elections and Channel B will include all change-seeking Ugandans.
With dr. Besigye out of the race, Either Amb. Wasswa Birigwa or Hon. Patrick Oboi Amuriat will challenge President Museveni o the party ticket in the next elections 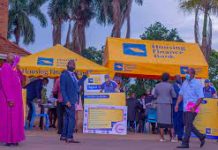