Home Politics Bart Katureebe: we are understaffed- the number of cases per Judge to... 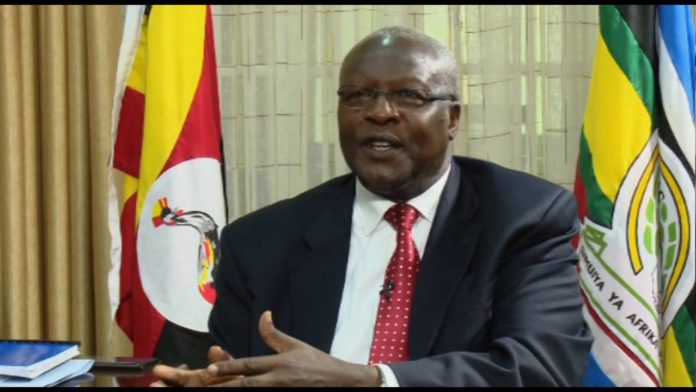 Chief Justice, Hon. Justice Bart Katureebe, has asked President Museveni to invest extra resources in order to revamp the administration of justice in the country.
Justice Katureebe also called upon the President to lift the recruitment ban on the Judiciary so that it can address the justice needs of 95% of the population that lacks access to justice services.


Hon. Justice Bart Katureebe made the remarks during the opening of the 20th Annual Judges Conference
The head of the Judiciary went on to break down that out of the 532 Grade One Magistrates, he only has 192 of them, about Chief Magistrates, he said he only has 42 and yet he needs 100.

But in response to the Hon. Justice Katureebe’s pleas, the President explained that since there is a lot of wastage in the government system that is entrenched in the constitution, corruption and under collection of taxes, it’s not possible now to spread out resources to all departments.


read: Man beats up Magistrate for sentencing him for six months

The President went onto admit to be the author behind the meagre resource allocation to the Judiciary since he does not believe in the philosophy of scattering resources and that he has instead concentrated more resources into roads and electricity. Hon. Justice Katureebe also used this function to call upon HE Museveni’s government to organize elections for local council I and II that were late last year suspended to help and offer a form of justice that is accessible to the most impoverished people.

read: CJ Bart Katureebe; at best, you are aiding and abetting dictatorship