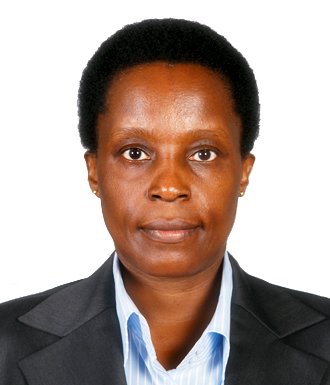 Barbara Mulwana, the daughter to the late James Mulwana, was on Thursday elected chairperson of the Uganda Manufacturers Association (UMA) during the 2017 annual general meeting.
Like her father, Barbara Mulwana has served on a number of Boards and Steering Committees. Aga Sekala the outgoing UMA Treasurer said of Mulwana: With Mulwana, the association’s future is bright. She is distinguished as her father who was the founding chair of the association.

READ: Private Equity Funding: The good, bad and the ugly

“I am humbled by the trust and confidence bestowed on me by all the manufacturers and the board as whole. I come in at a time when manufacturers are faced with a host of challenges which I think will be solved if we join hands to meet our goals,” Ms Mulwana said.


She added: One of my first tasks will be engaging government on how the working environment of manufacturers could be improved. For instance, the different taxes imposed on us affect our services and that’s why you see many manufacturers are financially incapacitated.

Uganda Manufacturers Association is an umbrella body for all industrialists and manufacturers in Uganda. It represents the interests of manufacturers and lobbies Government for policies that favor a conducive business environment. UMA also offers other services to industrialists and members i.e. marketing opportunities through organizing International trade fairs, regional trade fairs and trade missions, business information through publications, training, amongst others.


Ms Barbara Mulwana has also served on a number of Boards and Steering Committees. She serves as Director Jesa Farm Dairy and Uganda Batteries Ltd (All under Mulwana Group of Companies), Director Stanbic Bank Uganda and now current Board Chairperson Uganda Manufacturers Association.

She is a Board member of Jubilee life insurance. And also sits on the Varkey GEMS Foundation-Uganda advisory board. She is also a graduate of Kellog Graduate School of Management
The graduate of Electrical Engineering and Computer Science from North Western University (Evanston, Illinois) also sits on the Steering Committee of the Private Sector Foundation Uganda.
She is also the Acting Honorary Consul of the Royal Thai Honorary Consulate- General in Uganda. She is married with three children.