The Bank of Uganda’s inflation forecasts as outlined in the last monetary policy statement point to a higher level than the average seen in the last couple of years with the key risk being the effects of the depreciation of the shilling. El niño weather conditions are now also a factor to contend with.

Uganda has endured headwinds emanating from the external environment with economic activity also stymied by domestic challenges. Although the shilling strengthened in last couple months and has been generally bullish, it is only in the last few days that depreciation pressures have been building up.

The performance of the Uganda shilling in the last month or so has allowed interest rates to increase more slowly than expected, this however does not eliminate the need for a tighter monetary stance . The continuing challenge that policy makers have to deal with is striking a balance between achieving BOU ‘s core mandate of price stability and short term growth.

Taking all factors into account, I expect a hawkish tone from BOU, maintaining a tight stance at the current CBR rate. This will work to shore up the shilling and staunch capital flight as the US interest rate hike effects are likely to reverberate across the frontier markets.
The writer works with http://www.alphacap.co.ug/ 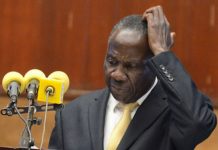 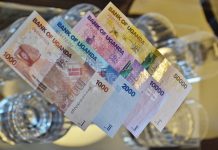