Home Business Bank of Uganda hailed across Africa for outstanding supervision and regulation of... 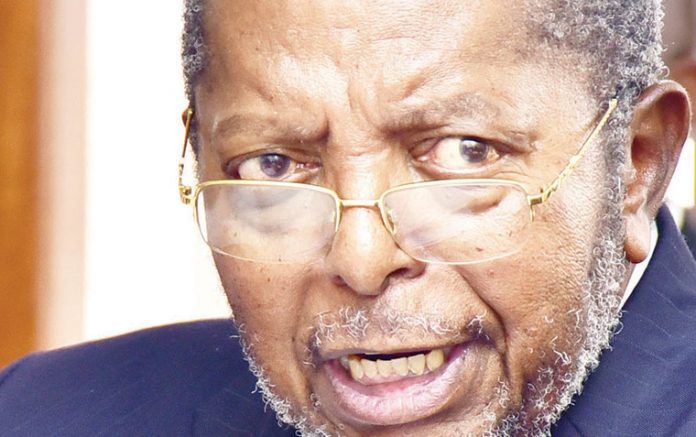 
‘ ‘I am happy to say that the Bank of Uganda has been hailed across the African continent for outstanding supervision and regulation of financial institutions.’’ Mutebile said during Fort Portal Town Hall Meeting, Kalya Courts, Fort Portal.
He added: Accordingly, today, the information we have shown that the banking sector is strong and healthy. Banks possess sufficient financial resources, and the majority, are making profits.


Sadly, the most prominent news from the financial sector recently has been about the investigations by Parliament into the manner in which the central bank handled some banks that failed in the past. It is especially unfortunate that the majority of the bank failures have happened to those that were locally owned.
Mutebile explained that very few Ugandans have expressed the value of local ownership of banks better than Dr. Ezra Suruma, a previous Deputy Governor of BoU and former Minister of Finance, Planning and Economic Development, who when he was interviewed for BoU’s 50th anniversary commemorative book titled The Golden Odyssey said

‘I believe that banking is an industry where connections and relationships and access to people in industry matters a lot …I think that as a community and as a country, we need to be inside not just outside. This means owning, being in close contact with managers, selecting the board members. I believe there is no substitute for ownership and therefore, I do not think that we can claim full independence until we have substantial ownership in the financial sector’.
Mutebile mentioned that the failure of locally owned banks is a problem that should keep many people awake at night until Ugandans master the professional skills, knowledge, and attitudes that are required by the banking industry so as to unlock the power of finance in making our communities prosperous.


‘‘Contrary to the negative coverage about the central bank during the Parliamentary probe into closed banks recently; I can confidently say that none of the failed banks in our past came to its end, because of the failure of supervision by the central bank. Indeed, in another interview for the Golden Odyssey, the professional banker and former Minister of Finance, Hon. Gerald Ssendaula, categorically stated that ‘The bank failures were not a supervision problem. The level of external interference always substantially contributed to BoU sometimes holding back.’’ Mutebile said.


He added: And given that we were in the infancy of our politics of the revolution, there could even be representation of the highest levels in some of the cases. So you cannot put the entire insolvency of banks down to supervision.’
Do we want more local banks? Yes, we do. Can we have more local banks? Yes, we can., Mutebile said.
‘ ‘We must realize, admit, and correct the mistakes that have led to the demise of the local banks that failed the test of time. And these problems were predominantly but not limited to: bad loans that were not fully serviced or that went unpaid entirely resulting in losses; insider loans to directors and related companies; mismanagement; misreporting; liability-asset mismatches; and under-capitalization, among others.’’


Mutebile explained that ; Indeed, we must avoid the mistake that was made by the famous American central banker Dr. Alan Greenspan, who – following the global financial crisis of 1998 – confessed to ‘presuming that the self-interest of organizations, specifically banks, is such that they were best capable of protecting shareholders and equity in the firms …
Those of us who have looked to the self-interest of lending institutions to protect shareholders’ equity (myself especially) are in a state of shocked disbelief.’


‘ ‘It does not please me to say that Uganda has had too many cases of banks that have not always acted in the best interests of their shareholders and customers; often imposing financial costs to the taxpayers as the Government took measures to protect innocent citizens of failed banks. Fortunately, the BoU responded to the bank failures by reforming the supervision and regulatory framework so as to identify and impose prompt remedial action ahead of time. Consequently, the more recent cases of distressed banks were resolved while preserving depositors’ money and maintaining their uninterrupted access to banking services, as well as securing the stability of the financial system overall’’