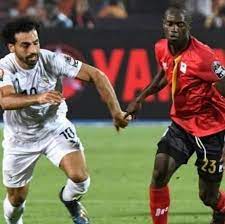 Azira was an integral figure for the Cranes in the AFCON where he commanded the midfield with Khalid Aucho to lift the team to the knockout for the first time since 1978.
Azira made a difference on the field for Uganda. He was part of the team that qualified for the 2019 African Cup of Nations, where he faced off against Egypt’s Mohamed Salah and Senegal’s Sadio Mane.


Having only made his international debut in November 2016 when he was 29, Azira has developed into a key member of the squad.
He played for Uganda Cranes in the 2017 and 2019 AFCON in Gabon and Egypt respectively.
The 33 year old player began his professional career in the USA’s lower division (USL Championship) with the Charleston Battery in 2012, spending two seasons with the club, before signing with Seattle Sounders FC in 2013.