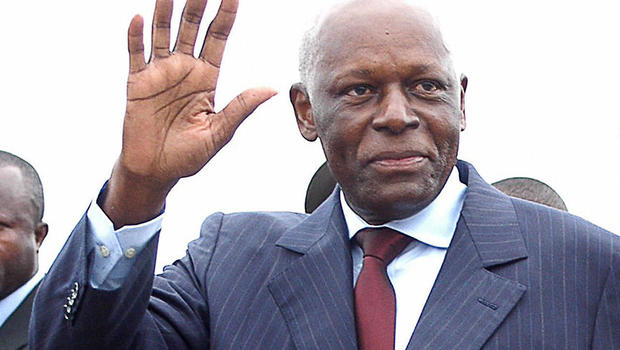 Angola’s ruling MPLA party said it was on track to win a two-thirds parliamentary majority, based on its own numbers, as votes were still being tallied ahead of an expected release of official results later on Thursday.
Angola, home to sub-Saharan Africa’s third-largest economy, held a smooth national election on Wednesday with the MPLA’s former defence minister Joao Lourenco expected to be voted in as the OPEC-member’s first new president for 38 years.


In Angola, political parties are allowed to observe the elections by posting party members at every polling station and by assimilating results, the parties attempt to foretell the election outcome.
The People’s Movement for the Liberation of Angola (MPLA) calculated that after 5 million votes had been checked it was on course for a two-thirds majority, João Martins, MPLA secretary for political and electoral affairs, told reporters.
“We can affirm that the future president will be comrade João Manuel Gonçalves Lourenço,” Martins said.

However, the main opposition, National Union for the Total Independence of Angola (UNITA), said it had counted 2 million votes and the MPLA had won 47.6 percent and UNITA 40.2 percent. There were 9 million Angolans registered to vote.
“Looking at the trend, the MPLA won’t have a majority at all,” UNITA’s parliamentary head Adalberto Costa Júnior told Reuters.
Should the MPLA win, Lourenço, a quiet 63-year-old more used to army barracks and the closed doors of party politics than the public spotlight, would replace veteran leader Jose Eduardo dos Santos. He will remain as head of the party, however, giving him potentially sweeping powers over decision-making.


DOS SANTOS DYNASTY
Dos Santos, 74, Africa’s longest-ruling president behind Equatorial Guinea’s Teodoro Obiang Nguema, steps down after guiding Angola from Marxism to capitalism while embracing Chinese oil-for-infrastructure investment.
His daughter Isabel heads national energy company Sonangol, which runs Africa’s second biggest oil industry. His son, José Filomeno, is in charge of the $5 billion state investment fund.
The MPLA, which has ruled Angola since independence from Portugal in 1975, has lost some support due to political cronyism, though many Angolans remain loyal to the party that emerged victorious from 27 years of civil war in 2002.
Lourenço has promised to focus on fixing Angola’s economy which has been devastated by the fall in the price of oil. The economy contracted 3.6 percent last year and is expected to post only minor growth in 2017.


On Tuesday, Lourenço said he did not rule out negotiating with the International Monetary Fund or the World Bank as he sought to establish an “economic miracle” in Angola.
“We assess that the next president will seek closer cooperation with the IMF,” Robert Besseling, analysts at Exx Africa, said in a note on Thursday.


“It is likely that Lourenço’s presidency will be marked initially by continuity and moderate changes in policy.”
In the early hours of Thursday morning, the National Electoral Commission said that 15 polling stations failed to open on Wednesday due to transport issues and that about 1,300 people would vote on Saturday instead.
The commission spokesperson said the incident would not impact on the release of partial results.


An unofficial result is expected by Friday. But there may be no formal announcement for two weeks as ballot boxes wend their way along pot-holed roads and dirt tracks in a country of 28 million spread across an area twice the size of France.