Home Lifestyle An African Super League has been proposed, each team to pay $20m... 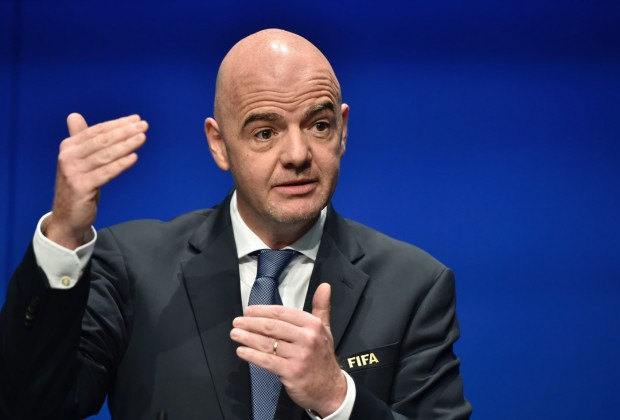 The football world was left stunned on Sunday following the revelation that 11 major European clubs – including five from the Premier League – have signed up to a breakaway European Super League.
While it remains to be seen whether the Premier League, Uefa, Fifa, and football’s other stakeholders and governing bodies will be able to block such a move, developments in Europe will surely prompt talk of super leagues in other areas of the world.
In Africa, the subject of an African Super League was raised recently, following the ‘election’ of Patrice Motsepe as Caf president…will the continent soon be learning of its own breakaway collective of teams opting to ‘go it alone’?
The concept, a brainchild of Gianni Infantino – despite Fifa’s apparent resistence to the European plans – which was first broached in 2020, has split the continent’s footballing stakeholders, but not quite down the middle.
Despite the Fifa president describing it in such flowery terms as “a new chapter for African football”, the overwhelming majority, at this time, find it to be an unworkable framework, and indeed it would be a pale, forgotten abortus already but for the ongoing annexation of Caf by world football’s governing body.


The hand of Infantino is impossible to miss in the politics of the continent’s football, and so it was that, upon the confirmation of Motsepe, Simba CEO Barbara Gonzalez promptly tweeted to the effect that plans to execute the Super League were underway.
That was the cat out of the bag, and tellingly the South African mining magnate has not moved to shoot down the idea in his public addresses and conferences since taking office, despite notably seeming to take a hard-line stance on the matter of making the Africa Cup of Nations a quadrennial tournament.
Quite how the proponents of this idea expect it to pan out remains to be seen.
Infantino’s idea is for a closed shop of 20-24 elite clubs to buy in with a payment of $20m every year over a five-year period, with a view to generating up to $3bn in revenue and not only putting African club football on a more even keel with Europe and South America, but also enabling the continent retain its premier exports for longer.
The participating clubs would also be obliged to meet certain criteria with respect to youth and women’s football development in order to stay in.

Ultimately, through the Super League, Infantino hopes to be able to “really crown the club champions of Africa” and “show the world what we (Africa) can do.”
While the stated aims – aside the frankly patronising tone of some of them – hold some promise, a number of concerns present themselves immediately.
To begin with, how will the composition of the competition be determined, and what will be the quota from each country? Infantino’s tentative idea appears to be a maximum of two per country, but how will it be whittled down? Lobbying? An elaborate bidding process?
Will it be based on the Caf club coefficient? On historical performance? On club profile and followership?
Ed Dove took a stab at it, and while he came up with a very interesting (and worthy) list, there were still a number of notable absentees, as well as no representation whatsoever from Ghana and Cameroon, two of the continent’s biggest footballing nations.
There is also the concern that African club football is also heavily imbalanced in terms of success and profile, with Northern African clubs typically dominating continental competition, and also boasting some of the more full-blooded rivalries. How would a satisfactory balance be struck between merit and inclusion for the other regions, especially bearing in mind there is also a sizeable economic advantage for the Maghreb?
It is going to be an utter headache.


That’s not all, however. There is still the giant pachyderm taking up the room’s floor space: where does Infantino expect to find 20 clubs with the down-payment this competition?
Underneath the (already thin) veneer of professionalism that a select number of clubs on the continent put up, there is a grim reality of unpaid salaries and allowances, mediocre to non-existent infrastructure and shoddy logistics that laughs in the face of such an exorbitant buy-in.
Not even the likes of Pyramids FC, who boast significant financial backing, can claim to accrue annual revenues in that ball-park. Al Ahly, reigning African champions and the most successful club in the continent’s history, are reportedly vehemently opposed to the idea too, and it is not difficult to see why: the Caf Champions League pays out $2.5m as prize money for its winners, an eighth of the proposed entry fee.


What this accurately conveys is that, for all that the proposed profit margins are heady and exciting, the demand for an African Super League is pretty much nil. It is an idea that, in its current guise, benefits no agenda but Fifa’s.
In any case, it appears Infantino will try to push it through anyway, although it will be intriguing to see how plans, developments and public sentiment in Europe influence the African debate.
In Motsepe and his ExCo, the Fifa chief has an ally and a pliable tool, and so it all seems like an inevitability. At some point, we will have some semblance of a Super League, and with it will come either a lot of answers or even more questions.
Goal