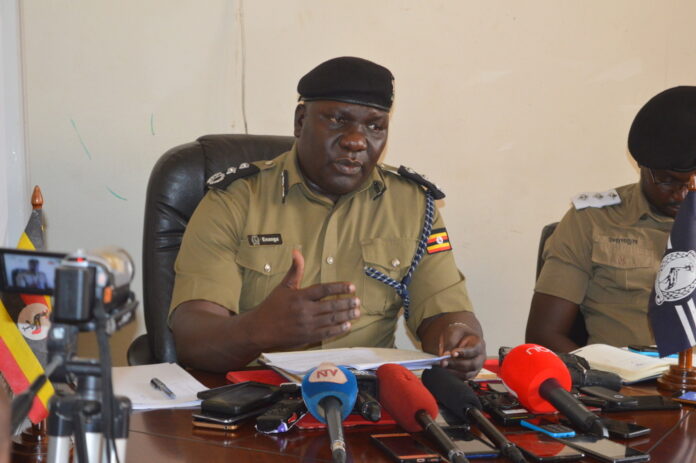 The Directorate of CID last Friday, charged to court a teacher of Ambrosoli International School, Bugolobi for the alleged Aggravated Defilement of a three and a half year-old, female pupil.
The facts gathered indicate that, Belly Kirimwimana, a teacher of Burundian origin, during the month of February and March, would escort the girl child to the toilets, where he could use his fingers to inappropriately assault sexually the girl victim.


The victim took the courage and reported the gross misconduct to her parents. In some of her words, she indicated that “And since the teacher had bad manners, he will be eaten by a dragon”. Upon examination, the girl victim was found with bruises and signs of inflammation on her private parts.
We are concerned that more children could have been victimized by teacher Belly Kirimwimana, and do call upon parents and the school administrators to try to talk to the children on whether they could have been victimized by the suspect or not. We want to thank the parents for reporting the matter to police, and the school administrators for cooperating with us. It truly showed that their first priority was always their pupils. The teacher was charged to court and remanded till 24.05.2022.
Police Spokesperson, Enanga Fred called on the public, to use this opportunity to promote awareness of the significant risks young school children face by trusted and often revered professionals while in school. ‘’we urge all school proprietors and administrators, to adopt best practices that promote the safety and welfare of children at school. They should always comply with law, by reporting all incidents of child sexual abuse, so that no teacher escapes from credible allegations of child abuse. In addition, thorough background checks are a MUST to ensure teachers with poor records are not hired.’’


He adds: It is also necessary to establish and enforce rules, offer training and provide reminders about high risk situations. Pupils or school children should never be left alone with a teacher or other staff in a private room, car or toilet etc. Training bystanders and empowering them to keep watch over suspicious patterns is also relevant.

He also called school management train Teachers on how to identify and report child abuse to child protection authorities like Doctors, Police, Social Service agencies, child rights defenders etc. because, they are the people who are constantly in touch with school children, and most likely notice the bruises, poor hygiene, the dejection, and unexplained absences that can be tell-tale signs of mistreatment of all kinds. Other common forms of child abuse in schools include; use of inappropriate language, sexually exploit imagery, prolonged hugging, fondling, inappropriate kissing on the forehead, inappropriate complimenting etc.