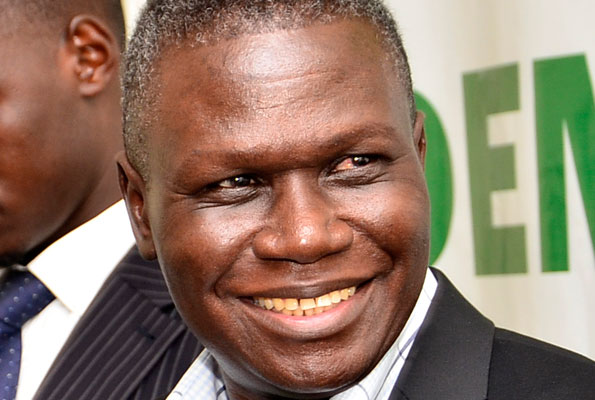 During the 2017 National Prayer Breakfast, the key reading was taken by Speaker Rebecca Kadaga from the book of Isaiah 10:1-4. Following the shabby passage of the infamous age-limit bill these words must be haunting her and all those who voted for the bill. Listen:

“Just look at those lawmakers who write evil laws and make life hard for the people. They are not fair to the poor. They take away the rights of the poor and allow people to steal from widows and orphans.
Lawmakers, you will have to explain what you have done. What will you do then? Your destruction is coming from a faraway country. Where will you run for help? Your money and riches will not help you. You will have to bow down like a prisoner. You will fall down like a dead man, but that will not help you. God will still be angry and ready to punish you”.


Those were words of self condemnation. Hardly a day passes without a report of an MP who has faced the wrath of voters for supporting the lifting of the age limit. To add insult to injury they even had the temerity to fiddle with constitutional interpretation to pretend that conditions warrant a gratis extension of their term by a whole two years. Note that two years is a full term of the United States House of Representatives! But that was not the only self condemnation.
Before parliament sits, an elaborate prayer is read out by one of the clerks. All members stand during this solemn prayer. At the end they all say “Amen!”. Amen is a solemn ratification or approval of any pronouncement. It means “so be it!” Here is the solemn prayer in full:


“Almighty God Who in Your infinite wisdom and Providential Goodness has appointed the offices of Leaders and Parliaments for the welfare of society and the just government of humanity; We beseech You to Look upon, with Your abundant favour, these Your servants, whom You have been pleased to call to the performance of such important trusts in this Land.
Let Your blessing descend upon them here assembled, and grant that they may, as in your presence, treat and consider all matters that shall come under their deliberation, in so just and faithful a manner as to promote Your Honour and Glory, and to advance the Good of those whose interests You have committed to their charge. Amen”.


When the Legal Committee was still gathering evidence, an idea was mooted that in order to deal with the logjam in the ruling party and to plan for smooth transition from Uganda’s longest serving president, it may be necessary to put transitional provisions in the constitution. However the proposal would have to be refined and if agreed upon, a provision would be put in the Schedule to the constitution. The provision would have a sunset clause. However that would have required that the government agrees to bring a comprehensive rack of amendments to cater for the many challenges of our democracy. It would have required a spirit of give and take. That was not to be. The Pakalast choir drowned out any alternative voice. One would understand if it was based on principle. However the whole thing degenerated into a conspiracy between the sole beneficiary of the bill and legislators who saw an opportunity to make a quick buck.


That is the reason for the public outrage. I believe that the Magyezi bill has brought the next election season forward. More of the MPs who supported the bill will continue to be booed and shunned at public functions. Some of those with well known businesses may even face boycotts. Ordinary people will find creative ways to make them pay for their betrayal.

The people did not send the MPs to turn themselves into chattels or to turn the parliament into a marketplace. Like Namaan, Museveni’s political leprosy has now been transferred to the MPs who supported the bill. As the Bible says in 2 Kings 5:27 “Naaman’s leprosy will cling to you and to your descendants forever.”

Norbert Mao is a Ugandan politician and lawyer. He has been president of the Democratic Party