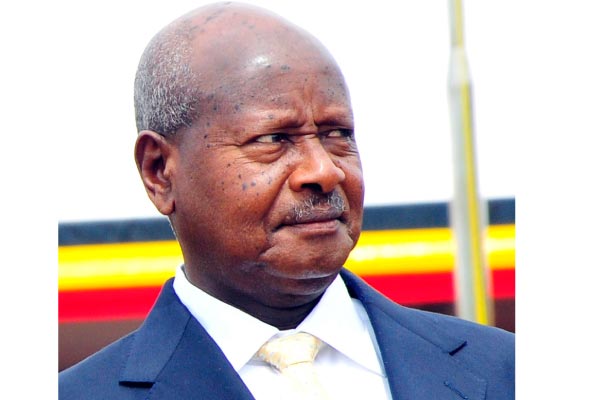 Makerere University School of Law lecturers have described the age limit bill as unpopular among Ugandans denying them a chance to witness peaceful transfer of power.
The lecturers also rejected an invitation by the committee on Legal and Parliamentary Affairs to have an input in the age limit amendment bill discussion.


The lectures join former Prime Minister Apolo Nsibambi, former presidential candidates Kizza Besigye, Abed Bwanika and Norbert Mao who also snubbed the invitations to have their input on the controversial age limit bill currently before the Legal and Parliamentary Affairs committee.
The lecturers in an October 23 letter to the Legal and Parliamentary Affairs committee, argue that the their “firm view is that the motion to introduce the bill offends the spirit and letter of the 1995 Constitution and is illegitimate; in the first place it stands in the way of the first peaceful transfer of presidential power since the attainment of independence in 1962.

In one a page letter, the 21 law dons say the controversial bill violates all the principles of a constitutional democracy, and particularly, the twin doctrines of the rule of law and the separation of powers”, the letter reads in part.
In one page letter, the lectures say their appearance before the Committee would be provide credence to the bill whose “legitimacy and legality are completely untenable and demonstrably unfounded.”


The letter is signed by among others Dr Christopher Mbaziira, Prof Joel Oloka-Onyango, Dr Businge Kakumba, Ms Adoch Caroline among others instead asked the committee to ‘ ‘disassociate itself from the constitution amendment process’’
“We would thus strongly urge your Committee to disassociate itself from a process which seeks to unravel the democratic pillars and principles constructed by framers of the 1995 constitution…we therefore regret that we cannot be party to such a process and respectfully declines your invitation,” read the letter.

They advised the Committee to carefully reflect on the constitutional and political ramifications of engaging in a process that they say is tainted with a patent distortion of the country’s constitutional order.

“The counsel of the School of Law is that your distinguished Committee carefully reflects on the constitutional and political ramifications of engaging in a process that is tainted with a patent distortion of our constitutional order. We would thus very strongly urge your Committee to disassociate itself from a process which seeks to unravel the democratic pillars , and principles constructed by the framers of the 1995 Constitution”, the letter further reads.