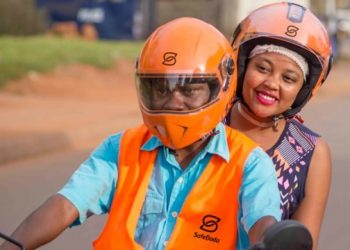 Africa’s startups have never been more investible than now. There is a growing number of professional ‘super angels’ involved in record-breaking deals, and private equity investments have doubled since last year. This and more were discussed at the 7th, and fully virtual, Africa Early Stage Investor Summit #AESIS2020 held on 3-4 November with more than 500 early-stage investors in attendance.


Not letting a crisis go to waste

Africa’s entrepreneurs are resilient, quickly digitizing and maturing as digital technology trends further mainstreamed in 2020.
Many attending investors confirmed this based on what’s happening in their respective portfolios. Ola Brown of Greentree Investment sees healthcare and education as the two foundational pillars for the future of the continent.
The rise of new and creative business models are helping to tackle inequality gaps and the delivery of critical products and services across the continent, such as Foodlocker Limited, Aspire Power Solutionshttps, Chefaa and LetMeIn.to to name a few.


According to a Deloitte Africa report presented by Adama Aristide Ouattara in a keynote session: “Business leaders across the continent are optimistic about the future given the measures that companies have put in place in response to COVID-19.” This insight reflects the increasing significance of Africa’s startup ecosystem as a key catalyst and engine for driving innovation and development across the continent.

#AESIS2020 speakers and panelists also see more cross-border collaboration within the continent, as location is no longer a barrier for entrepreneurs and their businesses. Remote due diligence and virtual deal-making are also becoming the norm.


At the same time, investors recognize that more needs to be done to mentor and support entrepreneurs, particularly founders’ mental health, as leading and growing successful businesses in African markets are fraught with difficulties and challenges. Nurturing talent – from venture building to venture investing, particularly female founders and female fund managers – is critical to shaping continued growth across Africa’s markets.


‘Grit fund management’ presented by Eghosa Omoigui, founder and Managing General Partner of EchoVC, captured the long-term perspective and determined focus on value creation as the key to unlocking success as an Africa-focused investor. Wim van der Beek of Goodwell Investments elaborated the point in an expert panel: “Fund managers have a role to play in addressing inequalities and social injustices by helping businesses that provide solutions and create opportunities to tackle inequalities.”


#AESIS2020 wouldn’t be complete without the VC4A Venture Showcase. This year, VC4A hosted two showcases. For the first time ever, one for seed-raising companies and another for Series A. The showcases featured nine vetted Seed startups and ten Series A companies. One of the Series A companies, SeamlessHR closed a seven-figure deal with #AESIS2020 participating investors just before the start of the Summit.


Ben White, VC4A co-founder: “More than 1,000 entrepreneurs tried for this year’s Venture Showcase. It’s impossible to break this down to such a select group of companies. Without question, the 2020 cohort is going to fly – with two companies closing deals before the summit started!! We are going to be reading about these companies for the months and years to come…for this I am certain.” Alumni from the VC4A Venture Showcase companies have raised more than $100 million. Access the Seed deal book and the Series A deal book


AESIS is a joint collaboration between VC4A (a global startup community) and the African Business Angels Network (ABAN), an industry association. The 2020 event was the 7th edition.