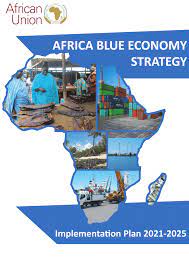 Thirty-eight countries in the African continent are bordered by the ocean or the sea, but for 70% of them, their maritime exclusive economic zones are largely under-exploited.
The maritime zones under African jurisdiction cover some 13 Million km2 and some 6.5 km2 of continental shelf.
Broadcast on 1 June last during the Digital World Water Congress organized by the International Water Association (IWA), the President of the African Development Bank, Dr Akinwumi A. Adesina, extolled the continent’s potential in the matter of the blue economy.


The Digital World Water Congress is a conference which assembles professionals and decision-makers working in the water sector at global level.
Six main themes guided the activities of the Congress, organized this year as a video-conference.
The participants discussed management of water services, waste water management, drinking water and its re-use, planning and operations, communication, partnership and communities, water resources and large-scale management.
Africa’s potential in the sphere of water remains largely under-exploited, although its contribution to the inclusive development of the continent no longer needs demonstrating.
The blue economy is faced with challenges linked to the weakness of the political and regulatory frameworks, non-sustainable human activities such as over-fishing, pollution and coastal erosion, warns President Adesina.
Although the scarcity of water in sub-Saharan Africa is 3.5% compared with 13% globally, the African Development Bank estimates that demographic growth combined with overloaded hydraulic infrastructure systems, weak governance and lack of investment could accelerate water scarcity on the continent.

The African continent can easily be a dynamic blue economy, stresses Akinwumi A. Adesina in his video message.
The fishing sector alone employees twelve million people, the largest sector in the African blue economy, providing food and nutritional security to over 200 million Africans and generating added value estimated at 24 billion US dollars, which represents almost 1.26% of Africa gross domestic product.
The African Development Bank encourages African countries to respond proactively to the threat of water scarcity by innovating in water management methods, strengthening governance and recognising the value of this limited resource.
Since 2010, the Bank has invested some 6.2 billion dollars in the provision of water supply and sanitation services, with an asset portfolio of 4.3 billion dollars at the end of 2020, comprising around one hundred national projects in 40 African Countries and six multinational projects.


It is also time that the developed countries play their part and honour the 100 billion dollars of climate financing annually promised to the developing countries, and ensure that at least half of this amount is devoted to adaptation to climate change, is the call to them by the President of the African Development Bank.