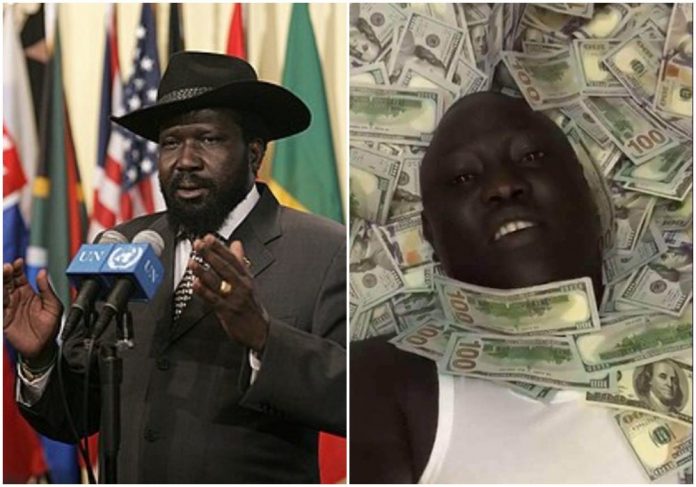 Political dynasties are not new, with families grooming and later handing over power to their offspring. However, analysts say this practice is detrimental to African countries.
There are several examples of political dynasties in Africa, including the Moi family, the Kenyattas and the Odingas in Kenya, the Gnassingbes in Togo, the Debys in Chad, the Bongos of Gabon, the Akufo-Addos of Ghana, and many more.
There are reports of South Sudan’s President Salva Kiir grooming his son, Thiik Mayardit, to take over from him in next year’s presidential election.


Observers say the practice, apart from promoting continuity within a family, only restricts power amid a few.
Are political dynasties beneficial?
Kenyan political analyst Martin Adat told DW that the concentration of political power in one family alone for years gives it massive influence and gradually turns political rule in a country into a monarchical system.
Adat rejected the usefulness of political dynasties in any form in any country. “It is not good because it means you deny the other people who would also have had an opportunity to be in power.”
Other analysts, though, like Dr. Alidu Seidu from the political science department of the University of Ghana, said it is important to analyze dynasties before determining their usefulness or otherwise.
“Sometimes the processes through which these people are elected or come to power, as well as the period between the transitions, can assist in saying whether it is a good or bad thing,” Alidu told DW. He also stressed the importance of culture and the individual’s leadership qualities.
Although political dynasties are found worldwide, Alidu said it is quite different in Africa because of cultural influences that promotes fathers expanding their kingdoms and ensuring that their sons take over.
“In Africa, it is more of a cultural thing which has been translated wholesale into our modern democratic system of governance,” Alidu said, adding that it is difficult to detach African cultural underpinnings from the democratic practices on the continent.

Often African leaders tend to groom their relatives to succeed without any competitive transitional process. That, in turn, fuels political tensions and chaos leading to upheavals.
According to Alidu, unlike Africa, political dynasties in the West often operate in a competitive environment, prioritizing competence over mere family lineage.
“In other parts of the world, the succession is based on a more competitive and open process than in the African context. In Africa, people just groom somebody — you are my son — you are enlisted into the army and quickly promoted into a major general, and you take over,” Alidu said.
The Ghanaian political scientist pointed to the immediacy with which African political leaders get their relatives to succeed compared to other parts of the world.
For Adat, African leaders are not interested in open and competitive succession processes due to their parochial interests.
“Most of those families have amassed a lot of money. They have amassed a lot of political influence, so they use it to leverage so that they can get power,” Adat said.


According to him, such leaders fear the repercussions of leaving office and facing accountability, so they will do all they can to protect themselves by prolonging lineage.
Alidu agrees, saying that because such leaders “have made a lot of investments … they want somebody who can either continue that particular process that they have started or somebody who can protect the investment interest of the family with those particular resources.”
Dynasties breed corruption and bad governance
But where a political dynasty thrives amid a lack of competitiveness and transparency, so does bad governance and economic mismanagement.
Such families loot state funds in most cases, hurtling countries into economic crises and political tensions. As a result, citizens have staged protests and revolutions, for example in Senegal and Togo.
Alidu said political dynasties often fuel bad governance. “The economy would be mismanaged, natural resources are plundered, there is a high level of corruption, and those kinds of bad governance have a collective impact on the general life and livelihood of the citizens.”
He said such leaders avoid being accountable to the people and behave like virtual gods. “Many African leaders still have an appetite for power despite the emergence of modern democratic principles,” Adat said.
“You have Uganda where Museveni is trying to bring up his son. Even Mugabe tried it in Zimbabwe, but it flopped because the wife was not politically strong, so when he tried to bring in his wife, the military refused, and they kicked him out of power.”


Fighting back against political dynasties

Since there are no laws prohibiting people from succeeding their relatives, Alidu believes only the citizens of a country can stop the phenomenon.
“If you look at the constitutions of a lot of countries, it usually starts with, ‘we the people.’ This is because the people are the most central components of every governance process, and constitutions are prepared to serve the people’s collective interests. So the citizens must engage in legitimate resistance,” he said.
Opposition to political dynasties can take the form of legal action and protests, according to Alidu.
But for him, the most effective action is to protest, since leaders desiring to hold on to power often manipulate the justice system.


Adat would like to see citizens become conscious and more enlightened to resist political dynasties. He said once people “realize that a few people hold power, they would rebel. So that is how you deal with it.”
For Alidu, although some countries will have dynasties that bring development, ultimately excluding other groups of people from power provides a fertile ground for agitations. When citizens are fed up, they will fight back.
“It is very important that we uphold our democracy and democratic tendencies because it creates equal opportunities for everybody to live a better-cherished life and for peace to succeed and be sustained,” Alidu concluded. 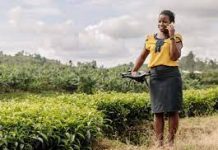