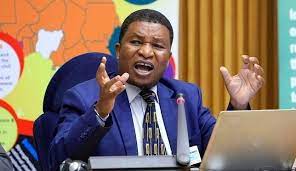 
“Our priority issues like climate finance have not been placed at the heart of discussions at Glasgow summit and lack of political will from major economies will impair climate action in Africa,” Mwenda said in a statement issued in Nairobi.
He said the plea by the African Group of Negotiators for robust adaptation financing and technology transfer is yet to be heeded at the Glasgow summit, hence threatening the continent’s realization of a climate-resilient future.
According to Mwenda, failure to recognize and act on the unfolding climate crisis in Africa at COP 26 would be detrimental to the survival of grassroots communities and their habitats.

He said declarations should be followed by tangible actions to strengthen the resilience of Africa’s indigenous communities, subsistence farmers, fishermen and pastoralists in the face of climate-related disasters.
Godwin Ojo, a Nigerian green advocate said the concerns of Africa’s grassroots communities that have borne the brunt of the climate crisis have not been adequately addressed at COP 26.
He said that an inclusive dialogue is urgent to address the financing gap that has derailed climate action in a continent already reeling from extreme weather events that have in turn escalated poverty, hunger, water stress and infectious diseases.


Ojo said the success of the Glasgow climate summit will be dependent on the industrialized north honoring carbon-cutting commitments alongside financial pledges to boost green transition in Africa.
Robert Muthami, a Nairobi-based climate policy analyst said that an inclusive and transparent process at COP 26 was a prerequisite to delivering climate justice in Africa.
Muthami said the Glasgow summit should prioritize the deployment of resources, technologies and best practices that could improve climate resilience in the continent.