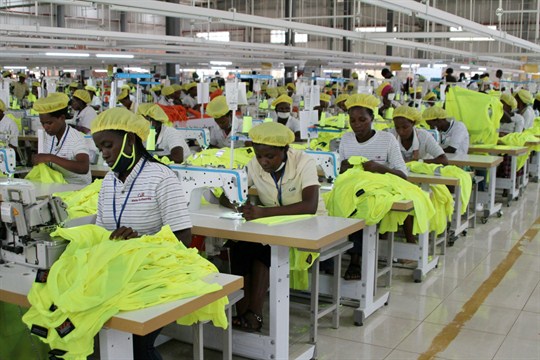 The African Continental Free Trade Area (AfCFTA), which was launched in March 2018 in Rwandan capital city Kigali, has so far garnered 54 signatories, offering a new hope and continental exhilaration in terms of boosting intra-African trade, and eventually facilitating Africa’s development and industrialization.
The AfCFTA, agreement intends cover a market of more than 1.2 billion people and a combined gross domestic product of more than $3.4 trillion.


The United Nations Economic Commission for Africa suggests that the AfCFTA has the potential both to boost intra-African trade by 52.3 % by 2022 by eliminating import duties (90 %) and to double this trade if non-tariff barriers are also reduced
Whereas the AfCFTA is expected to boost economic growth, it is likely to be associated with costs and its benefits may not be evenly distributed across and within countries.
First, the loss of revenue at the continental level, which is estimated to be close to $ 4.1 billion in the short-run
Second, the increase in international competition with a high likelihood of bigger African economies benefitting more than smaller ones due to relative productive capacities.

Furthermore, small and weak companies may be exposed to giant foreign companies due to deregulation or reduced protectionism. Third, the liberalisation of the domestic labour markets will also expose nationals to competition from cheap foreign labour. Fourth, capital mobility being high may also encourage out-sourcing, leading to loss of jobs.
Revenue, trade & welfare effects of the AfCFTA on the EAC economies
The evidence presented here is based on the study titled “African Continental Free Trade Area: The potential revenue, trade and welfare effects for the East African Community”-EPRC Research Series No 153

In the event that the tariff reduction is substantive, the significant loss arises from the Rest of Africa given that tariff revenue from existing trade is reduced.
Tariff revenue is also lost from other trading partners outside Africa due to trade diversion. It is observed that overall, each country experiences a loss with varying levels and proportions depending on the quantities involved.
In absolute amounts, Kenya will incur the largest tariff revenue loss of $ 14.2 million, followed by Uganda with $ 13.5 million, Tanzania $ 5.3 million, Burundi $ 4.3 million and finally Rwanda $ 3.9 million


Tanzania has the largest negative trade effect of $5.7 million, suggesting that it loses more than the other EAC Partner States following trade liberalisation with the Rest of Africa. This is followed by Rwanda with a trade effect loss of $3.5 million.


To benefit from the AFCFTA, the EAC economies need:
To mitigate the adverse effects of trade diversion, that is, the resultant high cost of imports from third party countries which leads to a welfare loss.
This can partly be achieved by increasing the competitiveness of products produced within Africa, through actions that significantly lower the unit cost of production.
Besides, these countries should strengthen or put in place policy and regulatory frameworks that support competition.
Pursue policies and investments that support industrialization for value addition and product diversification for both the domestic and external markets.


These include sustaining investments in infrastructure (energy, communications and transport) and human capital (health, education and training), developing standards and promotion of research and development. Also, investments in industrialisation should focus on developing the entire value chain and not a particular segment.

Source: read full report here: EPRC policy brief titled Within the EAC, which countries stand to benefit from the implementation of the AfCFTA