Home Business 9,000 jobs at risk as govt. moves to merge over 100 agencies 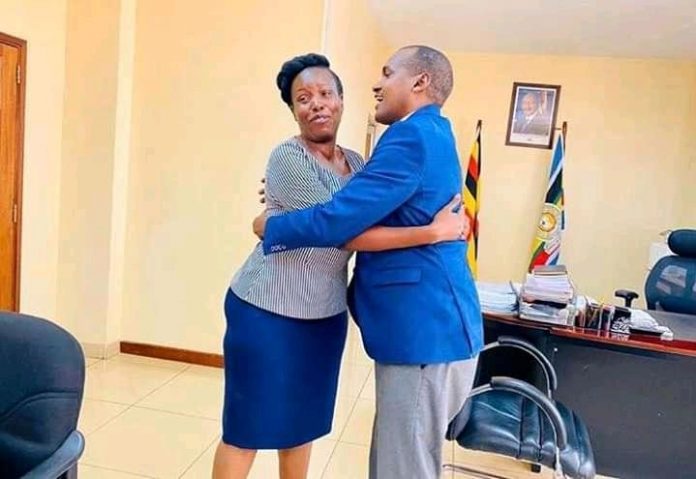 Members of Parliament have cast doubts at government’s proposal to merge over 100 agencies saying the process may face legal challenges.

she said Cabinet resolved to merge over 180 agencies, commissions, authorities and entities in a staff downsizing exercise that will reduce the salary bill by close to Shs988 billion.
Legislators were however, concerned that the decision was taken in a haste and that cabinet has not considered the fact that most agencies were created by acts of Parliament which would call for constitutional amendments.

“When you talk about merging these institutions; they are employing over 9000 people who might cause litigation against government,” Hon Joseph Ssewungu (DP, Kalungu West) said.
Kassanda North MP, Hon Patrick Oshabe Nsamba wondered whether Cabinet had conducted a scientific study to guide such a decision which he said has a bearing on government and employees.


“Is there any scientific study that has been done to know which agency is contributing how much money to the economy and which agency is making losses? Nsamba said adding that, “because the information we have is that it is a group of people from Internal Security Organization who sit somewhere and wish some agencies away and wish to retain some.”
The PWD representative for Eastern region, Hon Hellen Asamo said that merging agencies and institutions with constitutional mandates should only take place after constitutional amendments.
Asamo added that she was alarmed learning that two agencies with divergent mandates will be merged and warned that government should not compromise the quality of service for the sake of making savings.

“I learnt that Equal Opportunities Commission (EOC) could be merged with the Uganda Human Rights Commission (UHRC). UHRC looks at after effects of abuse of human rights whereas EOC looks at issues of gender and equity and proposes how government gives service delivery,” said Asamo adding that, “if we just go blindly and we don’t look at mandates, I have a fear that we might be going for destruction.”
The State Minister for Planning, Hon David Bahati said the mergers will increase efficiency in government in addition to saving resources that will be injected in the economy.


“The merging exercise is in the final stages and its aim is to increase efficiency within government. We are removing duplication and the resources we have been spending under different agencies will be used to achieve the same goal,” said Bahati.
Bahati assured MPs that discussions on merging government agencies has been on for the past two years.


“We set up a committee of cabinet to come up with the road map; some of the things the committee will look at will include the law, the contracts of staff and the salary structures,” Bahati said.

Ms Nabakooba said that essential employees from agencies that will be scrapped or merged will be absorbed into the mainstream public service after their credentials are validated.

Thereafter, she said, the salary structure for all agencies would be harmonised in accordance with the approved pay targets.

in September 2018, Cabinet had agreed to only preserve Kampala Capital City Authority, the Uganda Bureau of Statistics (UBOS), Uganda National Bureau of Standards (UNBS), Uganda Communications Commission (UCC) and the National Medical Stores (NMS) but disband, merge or transfer up to 60 other such agencies back to parent ministries.


It was agreed in 2018, for instance, that the National Registration Services Bureau would revert to the Ministry of Justice.

The Uganda National Roads Authority (Unra), Uganda Road Fund (URF) and Transport Licensing Board (TLB) were to revert to the mother Ministry, Works, Transport and Communication.

Under the arrangement, the electricity generation, transmission and distribution companies, and the Rural Electrification Agency were to be merged into a single entity; while the Lotteries and Gaming Regulatory Board and Departed Asians Properties Custodian Board were to be placed under the Ministry of Finance, Planning and Economic Development.