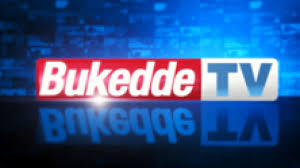 Could this be an indicator of transition to middle income status? The Latest statistics reveal more Ugandans are watching TV. Now thanks to the digital migration, the quality of the audio and picture will significantly improve which will go a long way in changing the viewer’s experience.

The TV medium has seen gradual growth over the years. It’s now a threat to newspapers (print media) and radio. This exceptional growth has been result of TV owners making all efforts to give viewers customized content as well as improved pictures brought about by digital migration as well as more Ugandans getting access to power (thanks to rural electrification) and affordable solar panels.

The growth in TV viewership is also attributed to players embracing technology. Nation Television (NTV) and NBS TV have been key in championing this cause. Both launched and promoted their mobile apps. These innovations have not only been embraced by Ugandans both at home and Diaspora interested in timely updates on current events in the country.

An analysis of country’s advertising spend over the last seven years reveals TV is capturing more share at the expense compared to print media (newspapers) and radio. The TV share of national advertising budget has been increasing over the years at the expense of newspapers from 22 percent (of Ugx. 576bn) in 2012 to 28 percent (of Ugx.613) of 2014.

Both print ads and copy sales are falling. The print share of national AD has been declining from 19 percent in 2010 to 16 percent in the 2015 Q1.

According to IPOS report big spenders are now abandoning the print media in favor of online advertising while other companies are increasingly taking on media approaches such as experiential marketing, Online promotions, point of sale marketing and media activity sponsorships as opposed to the tradition advertising. The report notes, these approaches are popular with beers, banks and telecom companies due to the instant feedback available on on-line. For example, a post of a new product launch will immediately provide feedback from users by likes and comments – with great improvement ideas. Especially for brands that target the middle and low end consumers, these are very active on the Internet and any successful print media company must have a strong on-line presence.

A closer look shows at all newspapers sold in Uganda are facing tough times (see table below), save for Bukedde newspaper whose copy sales have been growing sometimes selling close to 50,000 copies a day, a figure which no other paper in Uganda has broken in last three years.

Not even a publication carrying Makerere University admission list or graduation list (once the hot seller for newspapers) can break this record. With Internet and mobile platforms, prospective students and graduates are able to view their names on-line and there is no need to rush for the print copy, which has a day of validity!

The rather surprising growth by Bukedde newspaper has forced Vision Group management to front it as flagship brand, thereby increasing on the paper’s ad revenue. Speaking at the recent SuperBrand event in Kampala, Vision Group Chief Marketing Manager acknowledged that New Vision sales had slightly fallen.

Vision Group is already contemplating whether to increase cover price of Bukedde to Ugx 1,500 up from Ugx. 1.000. Bukedde paper mainly targets luganda speakers, though initially for the low-end segment, the paper is popular with the educated folks who now buy it to horn their skills in the local dialect and other hot stories that once made Red Pepper shine.

This trend is confirmed by latest statistics that show increasing purchase of the newspaper by educated middle class we often prefer it to main newspapers like The Monitor and The New Vision thanks to the paper’s news writing style.

According to the Bukedde editorial policy, anything, anyone can be news. To them, it is the paper’s responsibility to report the news and not the other way round. Unlike other newspapers where only particular personalities make news. It’s this approach to news writing and writing for the communities that have seen their sales rise and rise.

The once mighty Observer Newspaper is reportedly experiencing tough times. After loss of some of the major founders, the paper has been struggling to exist. The tri-weekly paper is in talks with one time rivals The Daily Monitor.
According to the agreement, MPL will take over the printing and distribution of The Observer. Once a must-read, the paper is experiencing decline in print order from the all-time high of 25,000 in 2008 to 6,000 presently. The challenge with declining readership is double edged.

Business partners especially distributors avoid slow moving papers, as they are not able to recover their costs. Gradually, they give less priority to the paper in terms of prominent display at supermarkets, which reduce the brand’s visibility in the public and among advertisers. The result is few ads and a struggling operation. Your guess is as good as mine, where this all ends to.

according to market intelligence reports newspaper sales in Uganda are falling year on.

Forbes sales 131
The raise of TV

Of all the 15 TV, Bukedde TV is reportedly the people’s choice – considering their target audience is the middle and lower-end which form over 80% of the market. The station is best known for the Agataliko Nfufu prime news programme. Thanks to the increasing viewership and attractiveness of their programmes to the local population, the station has seen their ad revenue soar.

The 2015 first quarter figures by Ipos, reveal that out the Ugx. 413 bn budget, Bukedde TV got about 31 percent, strong brand NTV and fast growing NBS TV got 18 percent. Followed by UBC and WBS at 9 percent and 8percent respectively. To remain relevant, there must be committed investment in the local programs in the local dialects so as to optimize the low end market. That is the secret of Bukedde and NBS.