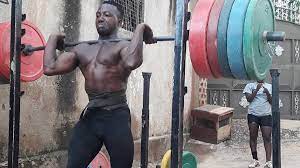 Ugandan weightlifter Julius Ssekitoleko was reported missing in Japan on Friday, July 16, 2021, ahead of the rescheduled 2020 Tokyo Olympic Games.
According to the New York Times, the 20-year-old is one of nine Ugandan weightlifters who arrived in the Osaka Prefecture of Izumisano in western Japan in June to train for the Games.


Ssekitoleko, who is in the 67-kilogram class, was ultimately not selected to compete at the Games and was scheduled to travel back to Uganda on Tuesday, July 20, 2021 — just three days before the Games’ opening ceremony.
His absence was noticed at approximately noon on July 16 after he was not in his room following his failure to submit a sample for daily COVID-19 testing.
The Japanese government has placed Tokyo in its fourth state of emergency lockdown in order to combat the surging COVID-19 cases across the country. According to Worldometers, as of July 16, 2021, there have been 831,193 cases of COVID-19 in Japan have resulted in 15,014 deaths.

Per the NYT, “one coach and one athlete with the Ugandan Olympic delegation tested positive for the coronavirus after arriving in Japan” in June.
However, it was not disclosed if Ssekitoleko was one of those positive cases. He was, however, seen by his teammates at their hotel on the morning of the 16th, prior to disappearing. Olympic organizers have tried to keep all participants in a “bubble” to help mitigate the spread of COVID-19.


Katsunobu Kato, the Chief Cabinet Secretary to Japanese Prime Minister Yoshihide Suga, stated that an “all-out effort” was being conducted by “police and city officials” to find Ssekitoleko.
barbend