When the value of Uganda shilling declined drastically, economists came up with different strategies as panacea to the dwindling value of our currency. The most prominent suggestion was: increase exports. Behind the falling value of the shilling, however, was the decline in tourists coming to Uganda particularly leisure tourists; tourists who visit national parks.

A reliable source told Newz Post that Para Lodges are working at below 25% capacity due to declining tourist influx. Several attempts by the lodges to do promotions to attract tourists have yielded little positive impact. For example, they have cut prices to as low as US$100 up from US$ 300, but the number of bookings has remained down.As the business becomes unreliable, some lodges are either up for sale or have already been sold off. Madhavani Group, for example, has already sold off some of her lodges in Queen Elizabeth National Park. Several other lodges are up for sale in Kidepo National park.

A prominent lodge in Queen Elizabeth National Parks which targets the high end tourists is said to be facing tough times. The Lodge charges over US$ 800 per night. The Lodge has hosted several globally respected people.

The hotel segment of the tourism sector, according to reliable sources, started declining after government introduced VAT on tourists. In 2014, the Finance Minister, Maria Kiwanuka, terminated exemptions under second schedule of the VAT act to the supply of hotel accommodation in tourist lodges and hotel outside Kampala district-was removed.

However, a senior official from Uganda Revunue Authority says that this assumption is wrong. She notes that Uganda was the only country in the region that was not charging VAT on tourism. ‘How comes, then that the tourism numbers have not fallen in other countries?’, she wondered.

A comparison with other countries reveals that Uganda’s problem could be beyond VAT on tourism. Botswana is said to be a very expensive country for tourists. For example, tourists pay up to US$ 10,000 per night, however, already, tourists have fully booked 2016. That shows that the Uganda’s tourism problem is beyond VAT: so what could that be?

A senior official from Uganda Tourism Board said that government’s constant security alert of possible terrorist’s attacks has had an negative impact on tourism. Tourists fear to visit countries with questionable security. The officer also argued that fraudsters have had an effect on the sector. Some Ugandans form fake tour companies and take money from potential tourists before closing down and disappearing. This, he said, has had a long term impact, especially on the reputation of the country’s tourism sector.

He also calls on government to increase money invested in the tourism sector.

Experts in the field say that the lack of well developed infrastructure is partly to blame for the decline in Uganda’s tourism sector. And the VAT issue only worsened the situation. For example, when tourists come Uganda, it would take them probably another 48 hours to see animals, because by the time, they get to Queen Elizabeth or Murchison falls, they are tired and are forced to rest after a 6 hour drive from the capital. On the other hand, when tourists go to Kigali or South Africa, they can see Gorilla’s within few hours.

Taken together, according to analysts, Uganda lacks well developed infrastructure, when you add VAT, Uganda becomes, less attractive. Thus tourists would rather visit other places than Uganda.

Also read: All set for the Pearl of Africa Tourism Expo in Kampala

A developed internal airlines would be a choice but there is hardly anything reasonable to talk about. Only recently, a new and smaller internal airline opened up western Uganda with daily flights to Kanungu, Kisoro, and Mweya. The Airline, however, is very expensive; it costs US$ 380, about Ugx. 1.3m, for a return flight, which is almost the cost of flying to Dubai.
Tourists who travel to Kidepo National Park, without flight, need twelve hours on the road. By the time reach there, you’re tired and cursing. When service providers get serious tourists to Kidepo, they normally charter them planes, which increases their cost.

Misgivings from the experts

Stephen Asiimwe, the Uganda Tourism Board ( UTB) chairman argues that the sector is not doing badly. He says: ‘How comes New Airlines Like Fly Dubai have launched in Uganda. Other airlines like Emirates, South African Airlines, have doubled their flights to Uganda-these are all people coming to Uganda.’’

Tourists fall under four or five categories summarized under word M.I.C.E: Meetings, Initiative, Conference and Events. Asiimwe argues that the tourists coming to National parks may have fallen but other sectors are doing well.

What Asiimwe does not tell us is the fact that its leisure tourists who bring in Money. Otherwise, tourists who come for meetings, conference and events tend to save a lot and hardly spend any reasonable money. We all to these thing when fly out- spend as little as possible, including sharing hotel rooms and foregoing some expensive meals.
What needs to be done?

According one marketing guru, Uganda should first reorganize in-house. First, it needs to build credibility by guaranteeing security to tourists. Terror alerts by the security agencies need to be communicated sparingly. Uganda’s Ministry of Tourism needs to ensure that national Parks are secure and that they are safe for tourists to trek. This might call for erecting electric fences to separate animals and human beings. The parks also need to have the right facilities such as proper roads and hotel facilities. In Rwanda, the road to the Mountain Gorilla Park is tarmac. In Uganda, for tourists reach Bwindi or Mahinga, after you have left the tarmac, it’s nightmare as the road is in a sorry state. No wonder that Rwanda would attract more tourists interested in seeing the mountain gorillas.

Recent figures indicate that the number of tourists who come to Kampala for conferences and events has increased tremendously. Some of Uganda’s tourism sites have been cited among best in Africa and globally. We only need to tap into that opportunity by attracting quick tourists who come for conference and have limited time. Lake Mburo, Kasubi Shrines, the Martyrs’ Shrines Namugongo and similar accessible sites can increase revenue for this new trends in influx of foreigners.There is need to revive the Uganda Tourism training institute that is almost dead. When you compare with Kenya’s Tourism training college, one gets to know why our tourism is trailing.

One officer at UTB noted that government needs to come up with a comprehensive strategy to address the challenges of the tourism sector. As a major earner of forex, tourism needs to be given specially consideration in national planning and budgeting. A deliberate effort to improve the sector is needed yesterday if the sector is benefit the country.

Agony of the step child 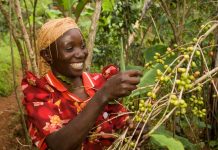 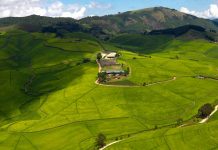