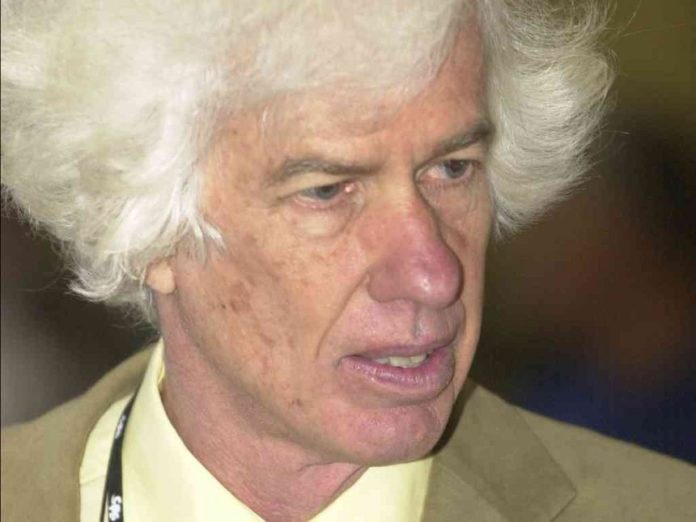 Esmond Bradley Martin, one of the world’s leading ivory trade investigators living in Kenya, was on Sunday found dead in his house at Langata, Nairobi.
The 75-year-old, who was alone in the Nairobi house, had a stab wound in the neck.
Esmond has authored several ground-breaking investigative reports on rhino and ivory smuggling in Kenya and the trade in China, Vietnam, and Laos.


He was said to have been working on his latest report on the rhino and ivory trade by the time of his death.
Nairobi DCI boss Ireri Kamwende said they are yet to identify Esmond’s attackers.
His wife, who reported the death, said she found her husband’s lifeless body after coming from a nature walk at around 4pm.
“We have already questioned a gardener and a cook who are employed at the home,” Kamwende said.
Esmond, an American geographer, had been travelling all over the world with his wife, Chryssee Martin, and colleagues Lucy Vigne and Dan Stiles.

They were on a mission to identify ivory and rhino markets, the traffickers and the modern-day uses.
He was a one time UN special envoy for rhino conservation.
Among his achievements was helping persuade China to shut down its legal rhino horn trade in 1993 and ivory trade last year.
His last report, Decline in the Legal Ivory Trade in China in Anticipation of a Ban, was published by conservation group Save The Elephants last year.


The 88-page report was co-authored by consultant Lucy Vigne.
It revealed that the 130 licensed outlets in China have been gradually reducing the quantity of ivory items on display for sale, and recently have been cutting prices to improve sales.


“With the end of the legal ivory trade in China, the survival chances for elephants have distinctly improved. We must give credit to China for doing the right thing by closing the ivory trade,” Esmond told the Star last year.
He first came to East Africa in the 1970s when there had been a huge slaughter of elephants in the region, followed in the 1980s by rhinos.


“In Kenya, there were around 20,000 rhinos in 1970, but by the 1990s, most of the rhinos had been eliminated. The puzzle was: why were all these rhinos being killed, and where was the horn going?” Esmond told the Nomad Magazine last year.
//// The Star