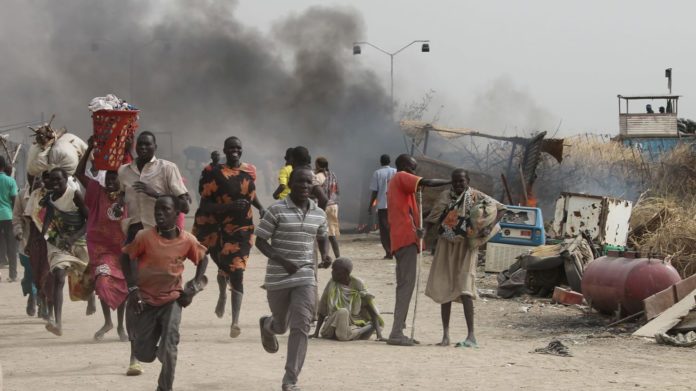 
“There is peace in this country, even the process of releasing these children from the army to their families is a sign of peace,” Gai said on Thursday.
“There is peace in the Republic of South Sudan. To those who criticize us, I would agree with you that yes it is not yet 100% peace, but for you to go for 100% peace, you must maintain the little peace you have,” he added.

The first vice president emphasized the importance of national dialogue in South Sudan. “It is the national dialogue that will move this country forward. All the things that we want to discuss about our affairs and our nation, we cannot discuss them in Addis Ababa,” he said.


Gai urged the international community to support South Sudan instead of criticizing the country’s leadership. “Don’t criticize us in Washington, and in New York or Juba. Please support us you and you will see results of peace. Don’t threaten us with sanctions,” he said.


He is the second top official is in Yambio to witness the release of than 300 child soldiers by armed groups. The move is the second-largest such release since civil war began.
South Sudan plunged into conflict in 2013 after political rivalry between President Salva Kiir and his then-deputy Riek Machar exploded into a military confrontation.