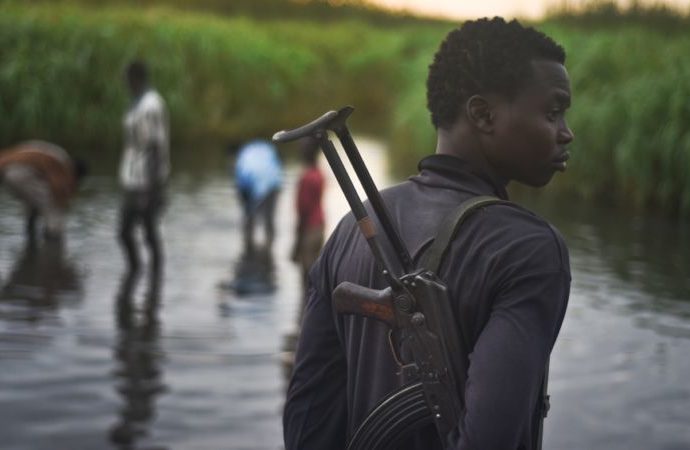 11 lives were cut short after South Sudan gunmen indiscriminately opened fire on a crowd watching an English Premier League game near the town of Juba.

According to South Sudan’s National Courier newspaper, the incident took place at Gure, a suburb in Juba also left 16 others injured.

There have also been conflicting accounts surrounding the circumstances and the manner in which the incident took place. Some eyewitnesses attributed the cause of shooting to disappointments with some football fans by other fans. The suspect, according to an eyewitness was upset by other fans when a team he supports was beaten and supporters of the rival team started mocking others in unfriendly manner, provoking a shooting at them-reports South Sudan Tribune.

The Police spokesman, Justin Daniel said investigations are ongoing to establish the motive of the attack.

“It was a butchery,” Mac Mawien, 23, still trembling after emerging from the attack, told Sudan Tribune on Sunday. “It looked like a battlefield. There was blood everywhere. There were bodies everywhere. I still don’t believe I survived it because I still see how the gunman carried out his carnage and I really don’t how I escaped this massacre”