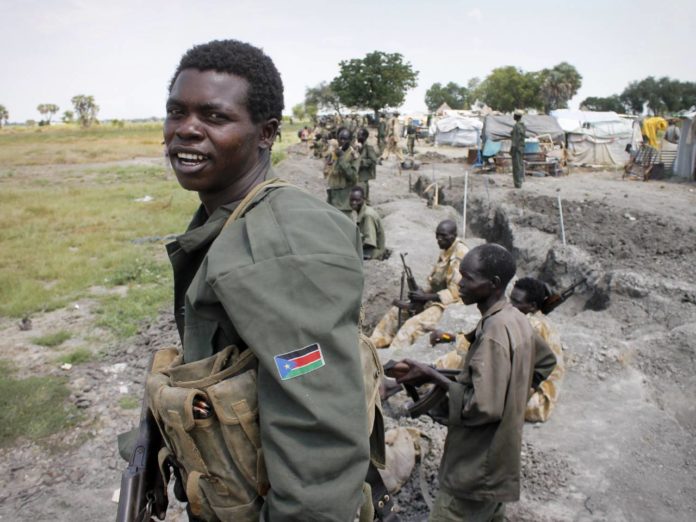 
The death toll from inter-clan fighting in South Sudan’s Great Lakes region last week – a new source of violence in a country devastated by a four-year civil war – has reached at least 170, officials said on Tuesday.
The clashes in the province’s Malek county broke out after a group of young men from the Ruop ethnic group attacked rival youth from the Pakam group on December 6


“When it comes to those who are wounded, it is almost 200,” said Dharuai Mabor Teny, a member of parliament from the Western Lakes area, some 250 kilometres (155 miles) northwest of the capital Juba.
The government has declared the fighting a state of emergency, meaning that soldiers have been deployed after local state officials were overwhelmed.


“The state of emergency is meant to curb violence,” presidential spokesman Ateny Wek Ateny said, adding the fighters were hurling grenades and firing rockets at each other.
“Civilians are locked up in very violent communal fighting.”Local information minister of Western Lakes state Bol Machok said homes have been torched and people forced to flee.Rival pastoralist communities in South Sudan have a long and bloody history of tit-for-tat raids in which cattle are rustled and property looted. Women are commonly raped and children abducted, adding fuel to revenge attacks.