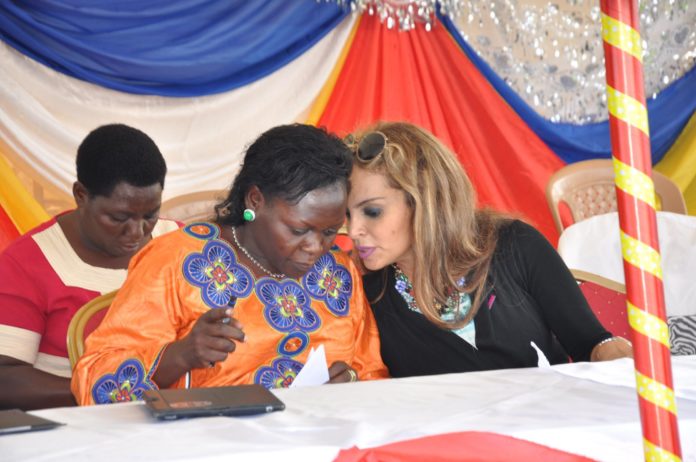 The Ministry of health has refuted claims of Ebola outbreak in Mubende district making rounds across different media platforms.
Addressing media in Kampala on Sunday, the minister for health hon. Sarah Opendi state minister of health – general duties assured the public that there is no Ebola Outbreak in any part of the country. She revealed that what was quoted in the media is rather a case of Crimean-Congo Haemorrhagic.


“On the night of 21st May 2018, a 35-year-old male from Nkoko subcounty in Bugangaizi county, Kakumiro district presented at Melt Care Clinic with a high fever and vomiting and was admitted for two days. Since he was not improving, the relatives transferred him to Galde medical clinic in Kakumiro district on 23rd May from where he was referred to Mubende Regional Referral Hospital.”

She said the clinician on duty at Mubende RRH immediately transferred the patient to the hospital isolation room where he received intravenous fluids. However, he died during that same night at around 1am.
Samples were reportedly taken off the body and were sent to the Uganda Virus Research Institute (UVRI).
“The attendants of the deceased who included his expectant wife and 4 others were immediately quarantined and they are closely being monitored. To mitigate any possible exposure from contact with the suspect, all material used by the deceased, including a trolley and beddings used by the deceased were burnt,” she added.


In a statement issued on Sunday, she listed the following actions as measures undertaken to mitigate the spread of CCHF:
•A National Rapid Response Team jointly from Ministry of Health and World Health Organization has been dispatched to Mubende with clear terms of reference to collect more information and assist the district to mount an appropriate response.
•Sensitization programs to educate communities about the signs, symptoms and dangers of CCHF have been initiated to raise awareness across the cattle corridor districts.


She appealed to the general public to observe the following measures:
• Immediately report any cases presenting with high grade fevers and bleeding tendencies to the nearest health facility. Reporting can be done by sending a free-text message to 8228 OR calling the Ministry of Health toll-free line: 0800-100-066
• Bodies of people who may have died from CCHF should be handled only by trained burial teams, who are equipped to properly bury the dead, safely and with dignity.
• Use protective wear while slaughtering and handling animals to prevent transmission of animal diseases to humans
• Always wash hands with soap and water


She added that the Government of Uganda is working towards the control of ticks which are the main agents in the transmission of CCHF from animals to humans.
Ms Opendi said that the Ministry of Health will continue to intensify its efforts to prevent any possible spread of the Ebola epidemic to Uganda, through the following:
Screening of travelers at Entebbe International Airport; All travelers from Democratic Republic of Congo (DRC) are being screened at the Health desk for Ebola signs and symptoms. The screening targets all passengers who have had a history of travel of not less than 21 days to the DRC.


The passengers complete a screening form and an information leaflet about Ebola and contact numbers of surveillance are given to all non-symptomatic passengers. A private Medical Centre in the airport has been equipped to provide counselling and clinical screening of all suspects. A standby ambulance with driver and relevant protective gear has been provided by the Civil Aviation Authority (CAA) and is available twenty-four-seven.
The Ministry of Health has instructed leaders in the districts of Kampala, Wakiso, Kisoro, Kanungu, Kasese, Bundibugyo, Hoima, Bulisa, Nebbi, Arua, Maracha, Koboko, Kibaale, Kabaale, Mubende, Luwero and Nakaseke to reactivate the District Task Forces in preparations for any possible outbreak.


These taskforces are assigned to conduct a rapid risk assessment on importation of Ebola Virus Disease (EVD) cases through their districts, review and update district EVD preparedness and response plans, and establish ground crossing requirements (temperature screening/verbal screening/hand washing/IEC materials) to limit the risk of EVD importation while avoiding unnecessary interference in trade and travel. They are also expected to ensure adequate community information and heightened surveillance by front line health workers in all health facilities.


An Isolation facility has been set up at Mubende Regional Referral Hospital to attend to any suspected cases. The hospital staff have all been oriented on handling suspected VHF patients including Infection control and supportive care. 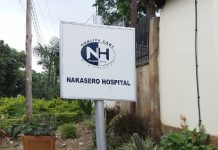 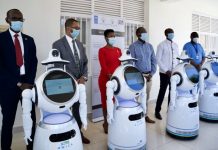