Home Business Museveni: 68% Ugandans are poor because of sleeping 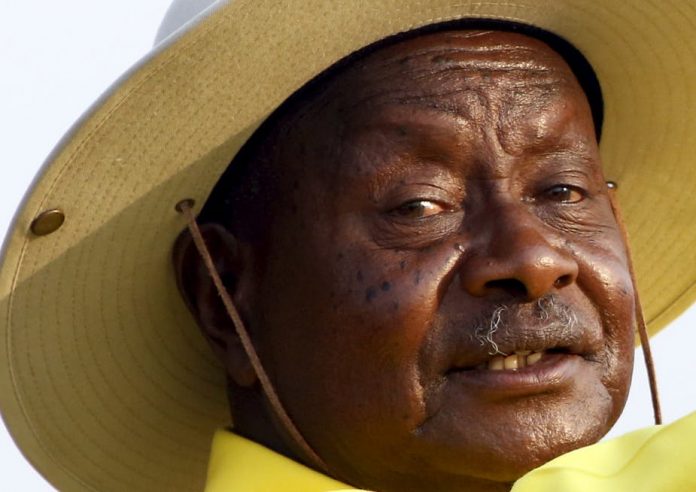 To all Ugandans, especially the Buzzukulu

Greetings. I have concluded my countrywide tour of the 20 zones. My idea of using these 20 zones for sensitization comes from the 19 Independence Districts, which themselves had grown out of the 15 colonial districts


On this tour, my message was, again, to continue to assault the bottleneck of the archaic tradition of subsistence farming. In the past Ugandans mainly worked for food, ensuring simple shelter such as the traditional huts, etc
However, with modernity You need money for a good house; some of the foods (sugar, coffee, tea, meat, salt etc.) education of the children, household non-food needs, money for clean water ( piped or not); electricity; modern means of transport etc., etc.


Ugandan economy is one of the fastest growing in the World on account of the NRA/UPDF ensuring peace, the NRM ensuring reconciliation and democratic empowerment of the Ugandans, the NRM ensuring macro-economic stability as well as the NRM ensuring infrastructure rehabilitation and development.
However, one structural problem in the society and that is the residual pre-capitalist phenomenon of subsistence farming. It is this continued disabling factor that I have been battling ever since 1966 after my A levels.
You get religious people preaching on how “God has called” the deceased. My question is always: “Why does God like to call Africans more than calling the other people e.g. Japanese?”


It is not God calling Africans; It is Satan calling them on account of the Africans failing to use the “talents” (in the Book of Mathew 25: 14-30) God gave them.
This inadequate quality of life is on account, in part, to the 68% of our people refusing to get out of the tradition of only producing for the stomach. It is the failure of the leaders that live near these people, to tell them how to improve their lives by going commercial in their production efforts.
Therefore, the aim of my recent campaign is to wake up the sleeping 68% portion of our homesteads to join the transformation efforts.


If each of the 8million homesteads of Uganda earned Shs.20million per year, that effort would add an extra $44bn to our economy. The size of the economy would, therefore, jump to US$74bn by the foreign exchange rate method.
How do the 68% move forward, following the present campaign? My answer is that there are already four funds for Wealth and Job creation.
These are: the Operation Wealth Creation (OWC) Fund; the Women Fund; the Youth Fund; the Micro-finance fund and the Innovation Fund. This is a total of Shs437.2bn.
This money has been there every year, in some cases, even since the year 2001 as NAADS money. The complaints are now that, this money is given to the ones “who already have”. The have-nots do not get.


It is the “haves” that access this support. This cannot be a big problem. The big issue is that the money is there. If the routes through which it is passing have a problem, then we shall get better routes.
Besides, we shall add an additional 3 funds: the value addition fund for the 20 zones depending on the locally available raw-materials; the myooga funds; and the leaders’ SACCO fund.
We have already supported the youth of Kampala, Rukungiri etc. with metal cutting and bending common-user machine tools, the common-user machines for carpentry etc.


We supported some youth with grain-milling and animal feeds’ mixing machines. We are now to aim at the whole spectrum of value addition, area by area. The immediate industry I am about to launch is leather – tanning at Kawumu, Luwero, using the skins of the meat-packers so that Uganda is self-sufficient in leather for shoe-making, making leather-bags, making leather-covered car-seats etc. We shall, then, target the whole spectrum of industries.


These SACCOs will cover all the miscellaneous activities that are not agriculture. Agriculture is still being covered by OWC and Uganda Development Bank (UDB), the latter for the rich. These myooga SACCOs will also cover some of the social groups: Women, Youth leaders, PWDs and some are suggesting the Elders.
The final and also district-wide will be for the elected leaders of the Local Government or the political Parties. Many of these either get no pay or low pay. Yet, they are not allowed to access the other Wealth funds on the grounds that they are leaders.


This is not fair, especially, since they use their time for the benefit of the community and, sometimes, they do not have enough time for their own affairs. The leaders SACCO will fill this gap and they should remain members even when they retire.
All this is waking up from working for the stomach only using Government money.

I invite all of you to join in this sensitization effort so that our society is transformed. We cannot go on with a society that still accommodates irrational archaic practices in the modern times when the Americans are celebrating 50 years of going to the moon and coming back. It is suicidal.