Home Lifestyle Man claims has lived for 280 years, says he is John the... 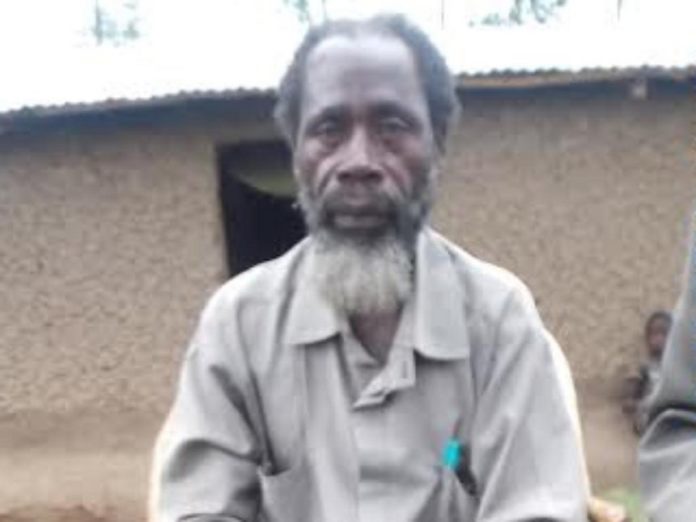 Self-proclaimed prophet Nabii Yohana (V) from Nandolia village, Bukembe West Ward Kanduyi Constituency is on his way to beating the late Akuku Danger’s record.
While the late Asentus Ogwella Akuku had 45 wives and over 210 kids, Nabii Yohana has married 39 wives who have born him 103 children and 232 grandchildren.


Three of his wives are deceased yet he says he’s not done.
“God chooses these wives for me. I have never dated any of them but God brings them to me,” he said. “And according to God’s word, I’m supposed to marry up to 48 wives so that I don’t commit adultery,” says the man who has never shaved since birth.
Nabii who is a strict vegetarian has five homes: Six of his wives live in Soi, Lugari Sub County, five in Kimilili, five in Chereng’any, 16 in Kakamega town and four are in Kitale town. He revealed that his wives cook for him saga, suja (bitter vegetables) and murenda. He doesn’t eat meat.

Originally born Ronald Nakalila Wanyama, Nabii claims that he is the reincarnated John the Baptist.
“I am John the Baptist who was beheaded. I lived as a white man in the US and now Africa where I’ll live for 280 years,” he said, adding that, “According to the prophecy God gave me, I will die but resurrect and live for another 2,700 years.”
Nabii claims that he is on a mission to, “Save mankind from corruption, homosexuality and bad governance. I am the way, the truth and the last prophet sent by God.”


But to perform this role, he has revised the current bible because it is outdated.
“My bible will be unveiled on April 23 at my Muungano Church of Holy Spirit for All Nations at Nandolia village in Bungoma,” he said.
“President Uhuru Kenyatta and his deputy William Ruto will be the chief guests during the launch because we want them to give us money for printing many books to be distributed countrywide,” he said.
In an interview with The Nairobian at his home in Bungoma County, Nabii claims his bible which took him 68 years to author has 93 books: 48 books for Old Testament.


Some of the books include Mfarisayo Wilson, Agnes, Mfarisayo Geoffrey, Benson (II), Peter Petro and Mfarisayo Peter among others. Nabii’s new bible only has verses unlike the Holy Bible which is divided into chapters.
The self-proclaimed prophet who commands a huge following in Bungoma, Uasin Gishu, Nandi and Kisumu County says churches in Kenya have until April this year to migrate.


Meanwhile, the prophet says he will petition the government to replace the shilling with his currency called mzawadi and he wants President Uhuru to move Central Bank headquarters to the Kenya-Uganda border at Lwakhakha where his new currency ‘Mzawadi ‘ will be launched.
“The current currency is the source of all ills like corruption, robbery with violence, political assassinations and the spread of HIV /AIDS and it must be abolished for this country to prosper. The image of President Mzee Jomo Kenyatta on the currency implies that it his private property,” he told The Nairobian.

Nabii who also prays for the sick and claims to resurrect the dead, has clients ranging from politicians to top government officials.

“I bring back the dead by jumping over them three times,” he said. To heal the sick, “I step on them and they receive their healing.”
Source:Nairobian 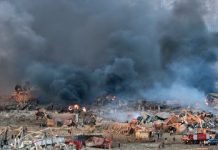