It is common in Uganda that when the founder of a business dies the business also dies. The Mulwana Group of Companies has followed a different path. The group, which comprises JESA Dairies, Nice Hose of Plastics and Uganda Batteries, is growing day by day..

Three years after death of the founder, James Mulwana, the group continues to grow in production, market share and reach. For example, today, JESA Dairies is sold as far as USA, Germany, Ghana, and Thailand among other countries. JESA Milk is also served on major airlines including South African Airlines, Brussels Airline among others besides selling in major European countriesThis makes Jesa Dairies one of the very few Ugandan products with such global market reach.

The volume of milk produced by Jesa Dairies has increased from 85,000 litres per day in 2013 to more than 130,000 litres currently. The number of exotic cows at the farm has also increased to 600 from about 300 a few years ago.These are not your ordinary cows. Each of these cows produces more than 30 litres of milk a day. The farm, located in Busujju, in Mityana district, is said to be contributing between 70 to 80 percent of all milk produced. The balance is supplied by outsiders. These figures implie that that the Jesa management has proper control over the quality of the raw milk produced.


For effective distribution and to check stock-outs, Jesa Dairies has secured more big trucks. The boda bodas have since been left to pick milk from agents to retail shops. The boda bodas, according to sources, could no longer handle the increasing demand.

The improved distribution has helped to solve the past stock-out problems which were slowly killing the brand. Back then, you could hardly get Jesa Milk past 8:00 PM in leading supermarkets like Capital Shoppers, Kenjoy supermarkets among others.

There are now more Jesa outlets especially in residential areas including Kyaliwajjala, Buwate, Najjera, among others.


Good marketing campaigns and positioning has also seen more Ugandans accept Jesa Milk. Today, if you ask any breast feeding mother for their choice of milk, the answer is Jesa Milk.
The company has also introduced a number of new brands including Long Life milk (which lasts up to three months). It comes in 250ml and 500ml. According to market intelligence reports, the product has been well received in the market.


As a sales director, Primrose Mulwana is credited for greatly improving distribution. A member of American Marketing Association, Primrose has since recruited a young, motivated sales team that has driven sales of Jesa Dairies to become market leaders. Primrose is said to be a very active director. She moves between Busujju and the head offices in Kampala to ensure that everything going on well.

Sarah Mulwana, who is also the Chairman of the group, is said to be a hands woman. The Chief Executive Officer, Geoffrey Mulwana is fitting well in his father’s shoes.

However, one challenge remains. Jesa Butter remains scarce. We visited several supermarkets in and around Kampala as we prepared this article, however we could hardly find Jesa butter. We hope management reads this and fixes it as soon as possible.

Nice House of Plastics produces the most preferred plastics in Ugandan homesBesides that, the company boasts of a corporate clientele which includes Nile Breweries, Bank Of Uganda, Red Cross, UNICEF, Unilver, Coca-Cola, Sadoline Paints, Peacock Paints among others.


The Mulwana Group of Companies is one we keenly should keep our eyes on. It could produce one of the most unique Ugandan success stories of our time. 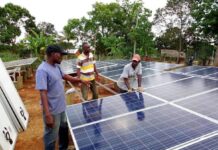 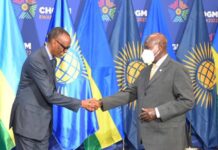