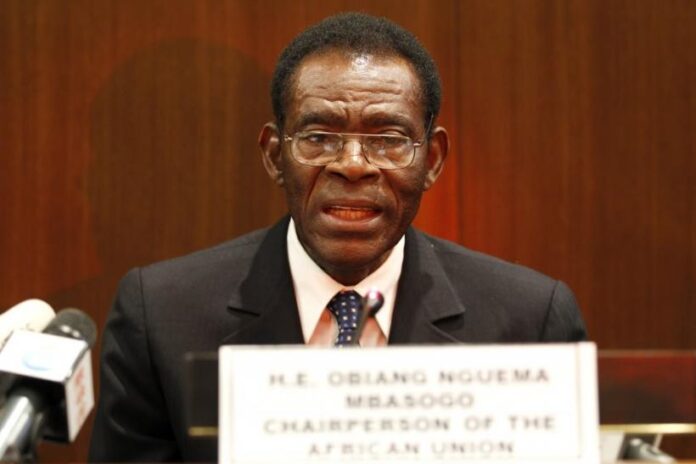 Preliminary election results released by Equatorial Guinea’s government on Monday showed the ruling party winning over 99% of votes counted so far in presidential, legislative, and municipal elections held on Sunday.
Early, partial results showed Teodoro Obiang Nguema Mbasogo’ ‘s ruling Democratic Party of Equatorial Guinea (PDGE) and coalition with 67,012 votes out of 67,196 counted so far. The count will continue on Monday, said a statement on the government website.


More than 400,000 people registered to vote in the country of about 1.5 million, which is split between the island of Bioko in the Gulf of Guinea and a coastal mainland sandwiched between Cameroon and Gabon.
2016, he appointed his first son Teodoro ‘Teodorin ‘Obiang’ Mangue as the country’s vice president. He is also head Defence and National Security Ministry. He was re-elected in April presidential elections with 94% win. In 2002 and 2009, Mr. Teodoro Obiang’ Nguem won by more than 97% of the votes.
Equatorial Guinea went to the polls on Sunday, with President Teodoro Obiang Nguema Mbasogo all-but certain of winning a record sixth term in the West African country with next to no opposition. Obiang, aged 80, has been in power for more than 43 years — the longest tenure of any living head of state today except for monarchs.
Two opposition candidates are standing: Buenaventura Monsuy Asumu, who has already stood in the previous five elections, and Andrés Esono Ondo, who is running for the first time.


The discovery of off-shore oil turned Equatorial Guinea into Africa’s third richest country, in terms of per-capita income, but the wealth is very unequally distributed. Four-fifths of the population of 1.4 million live below the poverty threshold according to World Bank figures for 2006, the latest available. The country has a long-established reputation internationally for graft, ranking 172 out of 180 nations on Transparency International’s 2021 Corruption Perceptions Index.