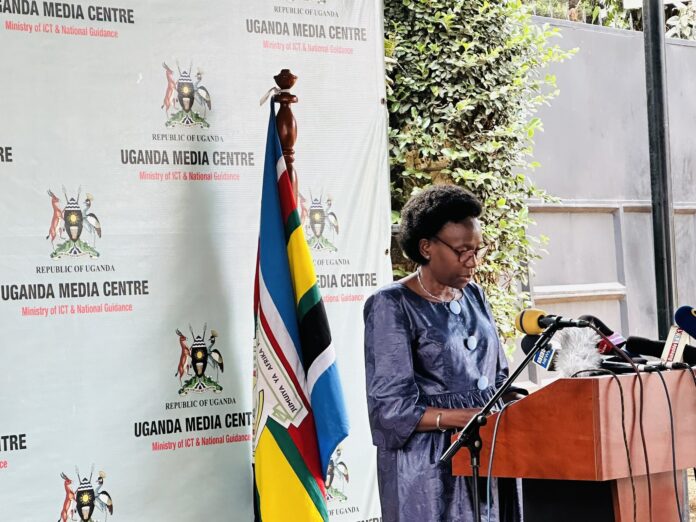 Six schoolchildren in Uganda’s capital Kampala have tested positive for Ebola, the health minister said Wednesday, marking a serious escalation of the outbreak declared just over a month ago.
The children, who attend three different schools in Kampala, are among at least 15 people in the city confirmed to have been infected with Ebola, according to a statement by Health Minister Jane Ruth Aceng.
The children are members of a family exposed to the disease by a man who traveled from one Ebola-hit district, sought treatment in Kampala and died there, the statement said.

“He is responsible for infecting the family of seven, including the neighbors and many others,” the statement said, speaking of the traveling Ebola patient. “We were able to get this cluster, plus one other, because of the ministry’s vigilance in contact tracing and field case management.”
Authorities are “following up” 170 contacts from schools the six children attend, it said.
Fears that Ebola could spread far from the outbreak’s epicenter compelled authorities to impose an ongoing lockdown, including nighttime curfews, on two of the five districts reporting Ebola cases on Oct. 16.
The head of the Uganda Medical Association Dr. Samuel Oledo, on Tuesday urged health authorities to impose a lockdown in Kampala, a stringent measure that the country’s president has previously said he doesn’t want to implement.

Ebola, which manifests as a viral hemorrhagic fever, has infected 109 people and killed 30 since Sept. 20, when the outbreak was declared several days after the disease began spreading in a rural community in central Uganda.
Fifteen of the confirmed cases were among health workers, of whom six had died, she told a news conference.
Aceng said five treatment centres were operational and a sixth was being set up.
“The Ministry of Health with support from partners is setting up an additional treatment facility in Mulago sports field,” she said, adding that the new centre would raise the number of beds available to treat Ebola patients to 351.
Ebola is spread by contact with bodily fluids of an infected person or contaminated materials. Symptoms include fever, vomiting, diarrhea, muscle pain and, at times, internal and external bleeding.