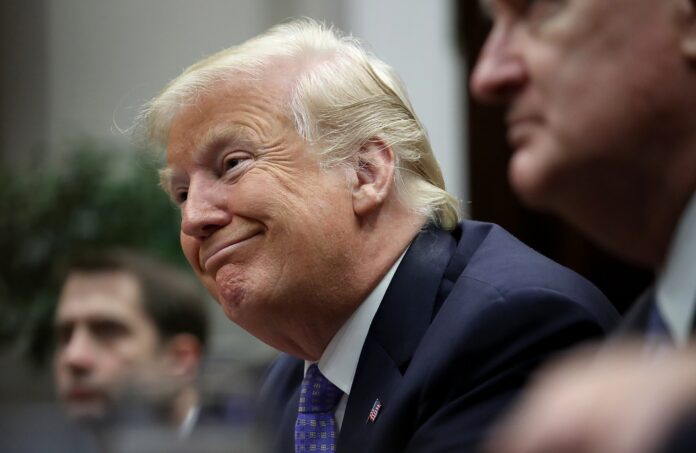 Former President Donald Trump said Tuesday that he will mount a third White House campaign, launching an early start to the 2024 contest. The announcement comes just a week after a disappointing midterm showing for Republicans and will force the party to decide whether to embrace a candidate whose refusal to accept defeat in 2020 sparked an insurrection and pushed American democracy to the brink.
“In order to make America great and glorious again, I am tonight announcing my candidacy for president of the United States,” Trump said to an audience of several hundred supporters, club members and gathered press in a chandeliered ballroom at his Mar-a-Lago club, where he stood flanked by more than 30 American flags and banners bearing his “Make America Great Again” slogan. “I am running because I believe the world has not yet seen the true glory of what this nation can be.”


“We will again put America first,” he added.
Another campaign is a remarkable turn for any former president, much less one who made history as the first to be impeached twice and whose term ended with his supporters violently storming the Capitol in a deadly bid to halt the peaceful transition of power on Jan. 6, 2021.
Trump enters the race in a moment of political vulnerability. He hoped to launch his campaign in the wake of resounding GOP midterm victories, fueled by candidates he elevated during this year’s primaries. Instead, many of those candidates lost, allowing Democrats to keep the Senate and leaving the GOP with a path to only a bare majority in the House.
Far from the undisputed leader of the party, Trump is now facing criticism from some of his own allies, who say it’s time for Republicans to look to the future, with Florida Gov. Ron DeSantis emerging as an early favorite White House contender.


The former president is still popular with the GOP base. But other Republicans, including former Vice President Mike Pence, are taking increasingly public steps toward campaigns of their own, raising the prospect that Trump will have to navigate a competitive GOP primary.
He’s launching his candidacy amid a series of escalating criminal investigations, including several that could lead to indictments. They include the probe into dozens of documents with classified markings that were seized by the FBI from Mar-a-Lago and ongoing state and federal inquiries into his efforts to overturn the results of the 2020 presidential election.

Trump is also a deeply polarizing figure. Fifty-four percent of voters in last week’s midterm elections viewed him very or somewhat unfavorably, according to AP VoteCast, a survey of more than 94,000 voters nationwide. And an October AP-NORC poll found even Republicans have their reservations about him remaining the party’s standard-bearer, with 43% saying they don’t want to see him run for president in 2024.
AP