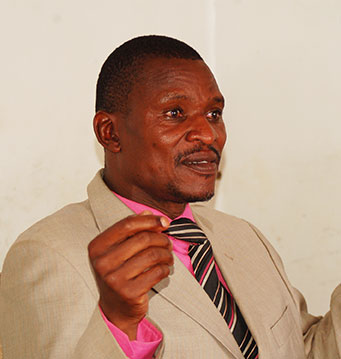 Self-styled media consultant and presidential advisor on media, Tamale Mirundi has described Andrew Mwenda as ‘expired and ‘dead’
Mirundi says Mwenda has lost credibility and respect among Ugandans. While on NBS tv program, One on One with Tamale, which airs every Tuesday at 10:00 am, Mirundi said that Mwenda is not only expired, but also ‘dead.’
Mirundi revealed that because of his current status, Mwenda is looking for any opportunity to ‘resurrect’ by attacking the popular Bobi Wine.


Mr. Mirundi begged the Kyadondo East MP not to respond to the ‘dead and expired’ man.
‘‘My brother Bobi Wine, in all my humbleness, don’t reply to the letters of this madman, Andrew Mwenda. Let the dead lie, don’t awaken the dead please, and don’t bother. You’ll be undermining yourself’’ Mirundi said.
Mirundi’s remarks follows recent stern article by Andrew Mwenda to Bobi Wine.
In the article Mwenda noted that Bobi Wine and other opposition members are emotional desperadoes without any clue of where Uganda has come from, where it is and where it should go.
Mwenda claims Bobi Wine’s recent “letter to young Ugandans” shows that he [Bobi Wine] lacks the basic competences to even manage a village.

Mirundi- Mwenda bad blood started two years ago. The motor mouth accuses Mwenda of fabricating tapes to portray Mirundi as if he was against President Museveni and the First Family. The ‘fabricated’ tapes, Mirundi says costed him his valuable Press Secretary to President Job. A job he held for 13 years.
April this year, while on NBS tv, revealed that his biggest regret is not strangling Andrew Mwenda for speaking ill about him infront of the president. In his own words, Mirundi lamented; “I regret not killing that man on that day. He fabricated a tape for two hours about me!”

In his 20th October Post, Mwenda says he commands a large following in Uganda.
‘‘I care only in passing what you think of me in large part because most of it is fiction. Multitudes of Ugandans follow me and trust what I say.’’ Mwenda noted.


read: Museveni loves what I do; he has already renewed my contract- Tamale Mirundi

He added: I admit I find most public debate in Uganda is emotional and ill informed. This is a statement of fact not a moral judgment. People have a right to their ignorance and to express their frustrations emotionally. I don’t blame them even though I despise it. Secondly most Ugandan elites I encounter online are lazy, intellectually dull, always thinking within the box and taking no lessons from history. Many feel the sting of my attitude and mistake my irreverence for arrogance. I have no apologies for this.

READ:Struggling Observer Newspaper to come out weekly as copy sales drop to 2,500 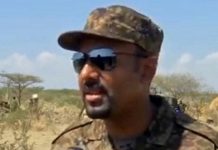 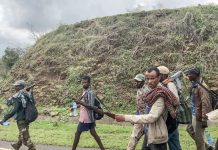 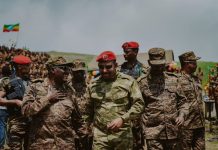