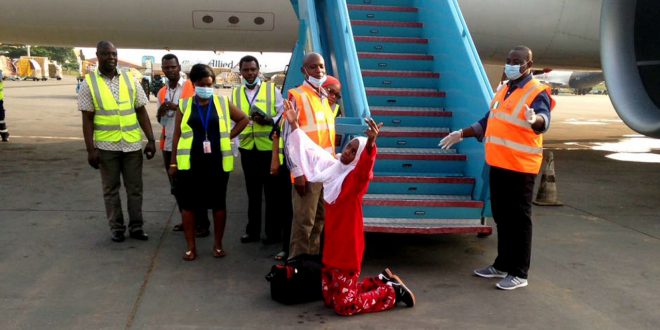 South Africa’s financial capital Johannesburg and surrounding areas were rocked by a surge of deadly attacks against foreigners this week, many directed against Nigerian-owned businesses and properties.

“They are about 600 now” due to be flown back, Godwin Adamu, Nigerian Consul General in Johannesburg, told AFP.Nigerian airline “Air Peace is beginning the airlift by Wednesday, the first flight with 320 Nigerians,” he said. “We will have another one immediately after that.”

Some will leave on two flights on Wednesday, Nigeria’s Consul General in Johannesburg told the BBC.
Ten people, including two foreigners, were killed in the city last week when mobs attacked foreign-owned businesses.
The attacks started after lorry drivers staged a strike to protest against the employment of foreigners.


South Africa has become a magnet for migrants from other parts of Africa as it has one of the continent’s biggest and most developed economies.But there is also high unemployment in the country and some people feel foreigners are taking their jobs.
Nigeria’s Consul General Godwin Adama said only those who were under distress as a result of the attacks would leave the country.Foreign workers are often victims of anti-immigrant sentiment in South Africa — where they compete against locals for jobs, particularly in low-skilled industries.


President Cyril Ramaphosa condemned the violence, saying the authorities would “not allow sporadic lawlessness and violence to disrupt the safety and livelihoods of millions of South Africans”.
He added that “the majority of foreign nationals in our country… are law-abiding and have the right to conduct their lives and businesses in peace”.


Last week, police said that they had arrested more than 420 people and the unrest had subsided. The authorities made another 16 arrests after Sunday’s trouble, according to a statement from the president. 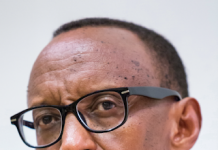