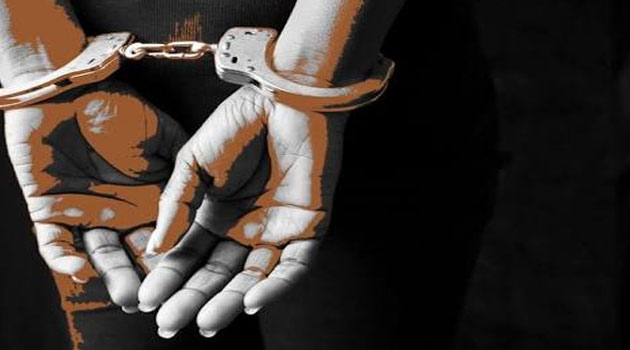 Police on Monday arrested a married woman, who allegedly eloped with a younger man and claimed to have been kidnapped. She was arrested by detectives from the Directorate of Criminal Investigations Kenya (DCI Kenya).
The woman went missing last Friday, September 17, leaving her husband Brian Mutuku worried about her whereabouts.
On the fateful day, detectives from the Directorate of DCI said the woman’s spouse received a call from the wife claiming to have been kidnapped by unknown people, who were demanding Ksh200,000 (about Ugx. 7.4m) as ransom.


The husband consequently filed a missing person’s report at the Embakasi Police Station.
Detectives revealed that woman was on Loita Street in Nairobi’s central business district, as her panic-stricken husband tried to seek help.
As the detectives pursued the suspects, the woman’s spouse and other relatives raised Ksh17,000 and sent it to the alleged kidnappers.
Unbeknownst to them, the woman had eloped with a cab driver to his one-roomed house in Malaa.
The woman’s relatives formed a WhatsApp group to raise more money for her release.
A further kSh40,000 (about Ugx. 1.4m) was sent on Monday and the two travelled from Malaa to Mtito-a-Ndei to withdraw the money, ostensibly to distract detectives who were pursuing them.

The alleged kidnapper Richard Mogire had promised his 21-year-old girlfriend a student at Jomo Kenyatta University of Agriculture and Technology that he would take her out over the weekend.
The girlfriend kept calling and sending him messages asking him why he had stood her up. Mogire tried to explain that he would make it up to her this coming weekend but she would hear none of it and demanded that he picks her up, lest she dumps him.


Having received the second disbursement, the alleged kidnapper picked his other girlfriend and housed the two women in his Malaa room until Monday, when they were arrested.
The three were arrested in Sagana on Monday and ferried to Embakasi Police Station, pending arraignment on Thursday.
Wairimu explained that she had forced her disappearance to get away from creditors, who were on her neck since she lost her job.