Home Lifestyle Witchdoctor sues Speaker Kadaga for failure to pay for the services he... 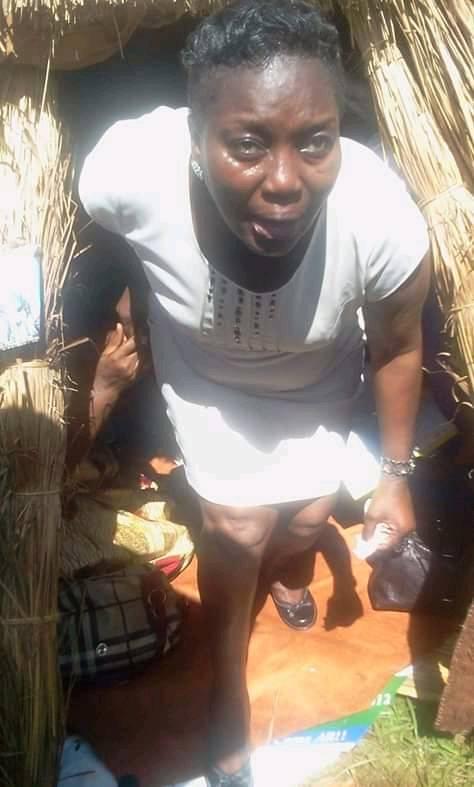 Damiano Akuze, a witch doctor based in Kamuli has sued speaker of Parliament Rebecca Kadaga for failure to pay him more than Ugx. 200m in respect to services rendered to her.


February 2017, Addressing the president, the chief guest at the end of the 77 DOGS (Days of Grace and Salvation), Pastor Robert Kayanja said: “Your Excellency, witchcraft is everywhere, in Parliament and in the State House…’’
In a suit filed before Jinja High Court on January 28, the traditional healer alleges that on I September, 1990, Ms Kadaga approached him at his shrine in Buwala, Buganda Zone, Lulyambuzi Parish in Kamuli District, seeking his services to help her attain a successful political career.

“The plaintiff worked on the defendant (Ms Kadaga) for two nights of September 1 and September 2, 1990, and the defendant acknowledged the good care that the plaintiff gave to her,” –the Daily Monitor reported.
The traditional doctor says, since he worked on her, Kadaga has never been the same.
Kadaga has served as East African Assembly delegate, Woman MP Kamuli district, minister and currently as the Speaker of the Parliament.
“Immediately on the 3rd day of September 1990, the defendant was called by President Museveni and appointed minister and has since then held big positions in government,” he adds.


President Museveni has in the past been quoted saying witchcraft was good because it helped them to win the Liberation War of 1981 to 1986
“When we were fighting Obote, the Baganda fighters in NRA told me that to win this war, we shall slaughter a cock and you jump it holding a gun, when the dead cock is facing East, West, South and North and I jumped it four times and we won the war, we defeated Obote”

MPs Evelyn Anite (Youth Northern) also state minister for privatization and Peter Ogwang (Youth Eastern), camped at Liru Mountain in Koboko to seek blessings from their Kakwa ancestors ahead of the 2016 general elections.
In 2004, former Vice-President Prof. Gilbert Bukenya visited a shrine in Masaka for political blessings
In Tororo district, former resident district commissioner Kennedy Adhola Otiti was recently accused of performing rituals in his office to block his transfer to a ‘dry area’. Otiti was transferred to Alebtong


In 2011 in Kaliro, the then newly-elected district chairman, Wycliffe Ibanda, found fetishes under his chair, which his predecessors had used. Ibanda refused to sit on the chair.
In 2015, the sacking of the Busia district chairman, Ouma Adea, aborted after Police dogs sniffed fetishes in one of the chairs in the district council chambers. In 2010, fetishes that included included herbs, coffee beans, brown powder, dead fire flies and decomposing bats, were wrapped in dry banana leaves were discovered in the ceiling of an office at the National Forestry Authority (NFA) headquarters. That was at a time when NFA was struggling with financial scandals, some of which had resulted into the sacking of top administrators.