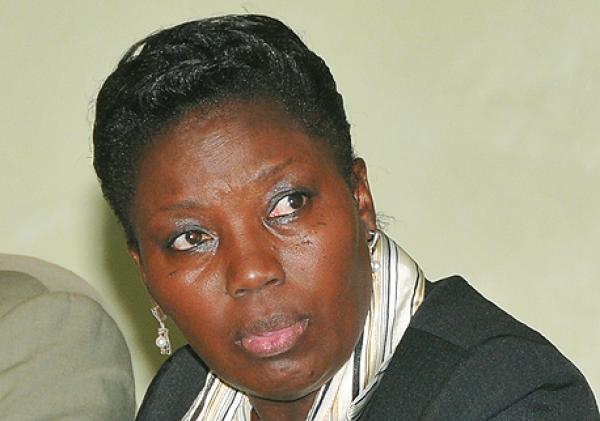 In a statement issued on Friday by the Clerk to Parliament, Ms Jane Kibirige says the Speaker Rebecca Kadaga has got to her current station in life through hard work and a God given talent of harnessing the good in others.


In a suit filed before Jinja High Court on January 28, the traditional healer Damiano Akuze, based in Kamuli alleges that on Ist September, 1990, Ms Kadaga approached him at his shrine in Buwala, Buganda Zone, Lulyambuzi Parish in Kamuli District, seeking his services to help her attain a successful political career.
Ms Kibirige described the claims as defamatory
The Clerk to parliament says Kadaga has never been a member of EALA and was elected Speaker in May 2011 due to hard work and not witchcraft.
In suit, the traditional notes : “The defendant requested the plaintiff (traditional healer) to work on her so that she would be given a big job in government and also be driven in a convoy like a president. The defendant did not have money to pay the plaintiff at the time. So the plaintiff accepted to work on her on condition that she would pay as soon as she got the job,” the traditional healer alleges

The traditional doctor says, since he worked on her, Kadaga has never been the same.
Kadaga has served as East African Assembly delegate, Woman MP Kamuli district, minister and currently as the Speaker of the Parliament.
“Immediately on the 3rd day of September 1990, the defendant was called by President Museveni and appointed minister and has since then held big positions in government,” he adds.
Kibirige says Ms Kadaga was appointed minister in 1996, seven years since she had been elected to Parliament.


“Therefore, Mr Akuze’s claim that he catapulted her to the post of Minister within a flash should be treated with contempt it deserves,” she said.
“The implication of Akuze’s claim is that he bewitched the entire Parliament, the Presidency and the whole country to elect Ms Kadaga as Speaker. We hope and pray that Akuze’s comical and fraudulent allegations will be dismissed by court.


The Speaker, a vanguard in the fight for good governance, the rights of the weak and poor; and emancipation of the girl-child on the national and international stage; will remain steadfast in serving the country,” Ms Kibirige notes
According to the Clerk to Parliament, any sober minded person can discern what she describes as “the malice aforethought that is embedded in this mischief by her detractors.”
“She has got to her current station in life through hard work and a God-given talent of harnessing the good in others. We appeal to all Ugandans to work towards building a more just society,” Ms Kibirige added.